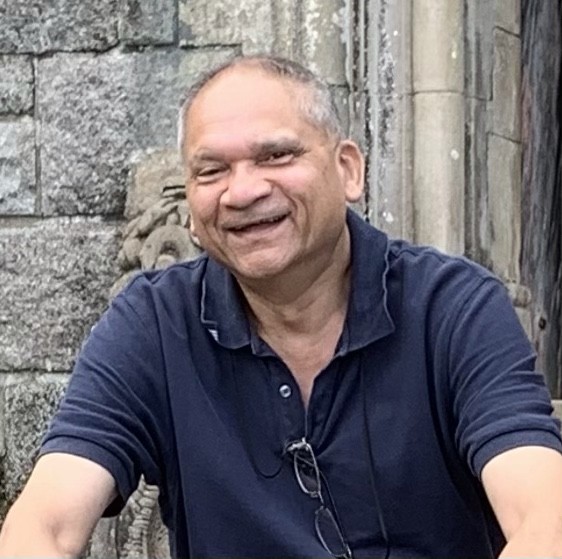 I know Chinmay dislikes anyone speaking about him. He is extremely introverted person but the urge to write about him was overpowering and hence…

I think I met Chinmay Thakar (ठकार; not ठक्कर) around 1977-78. Frankly there is absolutely nothing common between us. He is five years senior to me; hail from different cities; come from completely different personal and professional backgrounds. He is too soft and I tend to be brash. He is not a leftist per se but ideologically he is to the left of the centre and I tend to be on right of the centre. But as the famous saying goes, opposites attract each other and hence may be, we hit it off instantly.

Since he was from merchant navy, meeting him was not very often. But we still managed to remain in touch. However around 1986 or so, he shifted to London and even those infrequent meetings became rare. Those were the times of landline phones with exorbitant ISD charges and mobile or internet was non-existent. Hence whenever I visited England or he would visit India, only then we could meet. He was in London for about 14 years and we must have met not more than 4-5 times during that period.

I always felt that he is too soft with everybody and he is then at the receiving end when undeserving people take advantage of his kindness. Being good doesn’t necessarily protect us from anything and it has not protected him as well. He went through very traumatic phase in his life in late 1990’s and he decided to shift to India. The first few years in that phase he was wild (by his standards) and would try drown his pain & hurt in evening. However we are all aware that such measures are very momentary and I could clearly see that he was carrying his hurt and pain upon his sleeves. He would cry at the smallest of provocation. Actually he needed psychiatric counselling at that time. But neither he realised it nor anyone else thought about it. But this was the time, when we became very close friends.

I still remember that he would be at a place known as Starters & More (above Eros Theatre) every single day and occupy a particular table. Since he was always with few friends or associates, the restaurant was more than happy to serve him. That specific table was always reserved for him and was known as Captain’s table. Looking back I am pretty sure that Chinmay must have filled up the coffers of the restaurant quite generously. When I think of Starters & More, I am reminded of one particular day which is still etched on my mind. The day was 21st June 2002 when England were pitted against Brazil in World Cup QF match. When 4-5 of us reached Starters and More, the whole place was choc-a-bloc and some group was already occupying Captain’s table. But we realised later that the manager had told the group that if Captain happens to arrive then they would have to vacate the table. And we were soon at our favourite table; simply unbelievable. When Michael Owen scored the first goal after 23 minutes, Chinmay and one of my other friend were the only two guys in the entire place to have cheered loudly as otherwise it was filled with Brazil colours. England as expected lost the match is another matter and captain saab was very upset as he is an ardent England supporter.

We generally make the mistake of using the term Friend very loosely at the drop of the hat. Friendship is basically sharing. But who is real friend? He is the one with whom you are not awkward to share any of your thoughts and feeling; never feel like lying to him nor take undue advantage; are proud to share our success but at the same time not ashamed to share pain of failure as well. And where we are in complete sync with happy and sad moments of each other. Chinmay fits this bill like a T. He must be the only person to whom I must have shared my innermost feelings. Chinmay is a man of few words, and those few words are also hard to come by if he comes across lewd or foul language. It is to his credit that he has tolerated or given liberty to my brashness or foul language.

What was really amazing in that trying times was his tremendous positivity, generosity and self belief (never say die attitude). Even in his worst psychological phase, he never even once whine about his bad luck or sought protection in astrology or God. And even more striking was he never allowed problems to break his spirits. His life mantra has been work is God and maintains a balance mind, whatever the situation may be. He worked his very hard from year 2000 to 2004 and earned decent monies. But I was in a state of shock when I learnt that he is putting all his earnings to stake to become a ship owner. I can never imagine myself taking that kind of risk. However his will to succeed was so high, that even Lady Luck smiled at him.

He has been a doting son, loving brother, an exceptional father and a great friend. However my complaint about him is that he tends to neglect his health over his work or takes it for granted.

I have always used him as a sounding board as he is a very good listener and usually comes up with practical advice. I had first hand experience of this when I was going through a low psychological phase around three years ago. He is the one who literally pushed me into writing. Fortunately I heeded to his advice and my life has undergone a complete transformation in this period. I just can’t thank him enough for that.

Sometimes when we are lonely; we think of those who have touched our lives and gave some meaning. Such people are very very few & rare and fortunately, I have Chinmay.

I only pray that he is blessed with years of good health and hard work. I am sure that he will not ask for more.

So my dear friend, I am sure that we will indulge in maximum madness and craziness (by your standards) before the flame flickers out. 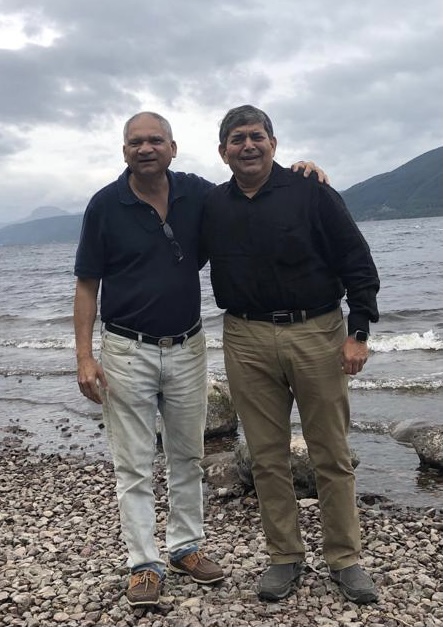 PS: Actually I would have loved to write this article in Marathi. Kaptaan saab speaks and & understands Marathi very well, but finds it little difficult to read, and hence this piece is in English.

Very nice article l like your writing because it comes from the bottom of your heart, is so real. Thanks for sharing.

Yeshwant, I couldn’t agree with your article more. Having grown up with Chimmya I have seen him evolve from a shy teenager to the, atleast overtly self assured man he is today. He has been my sounding board too for all these years.
I remember starters and more…. and the Jehangir art gallery! Chinmay has a rare gift of bringing people together.

Proud to be Chinmay’s uncle .. every word of your wonderful prose resonates.. a successful first generation Marathi entrepreneur without a chip on his shoulder .. very well written Yashwant

My English is not as free flowing as yours.

You can still write in Marathi for our better understanding….

A masterpiece of a portrait…… Do translate this one in Marathi. As I know, and of course everyone knows, your Marathi is as fluent and flowing as your English.

I have known Chinmay since i joined merchant navy just a few months after him. He is one of the most soft spoken and helpful person i know of. We remain in touch even today though I live in New Delhi and he in Mumbai. Thanks for writing about him .

Very well written Thaks as my husband calls him has been a friend of my husband’s from the Merchant Navy I met him as a bride in 1983 and immediately took to him.God bless jim

Very true and honest description of our loving lad Chinmay. An accomplished businessman with enormous expertise and experience.. such a gentle, caring family man. Though shy but very assuring and loving. Thanks yashwant for sharing the photo of both of you which I clicked at Scotland.