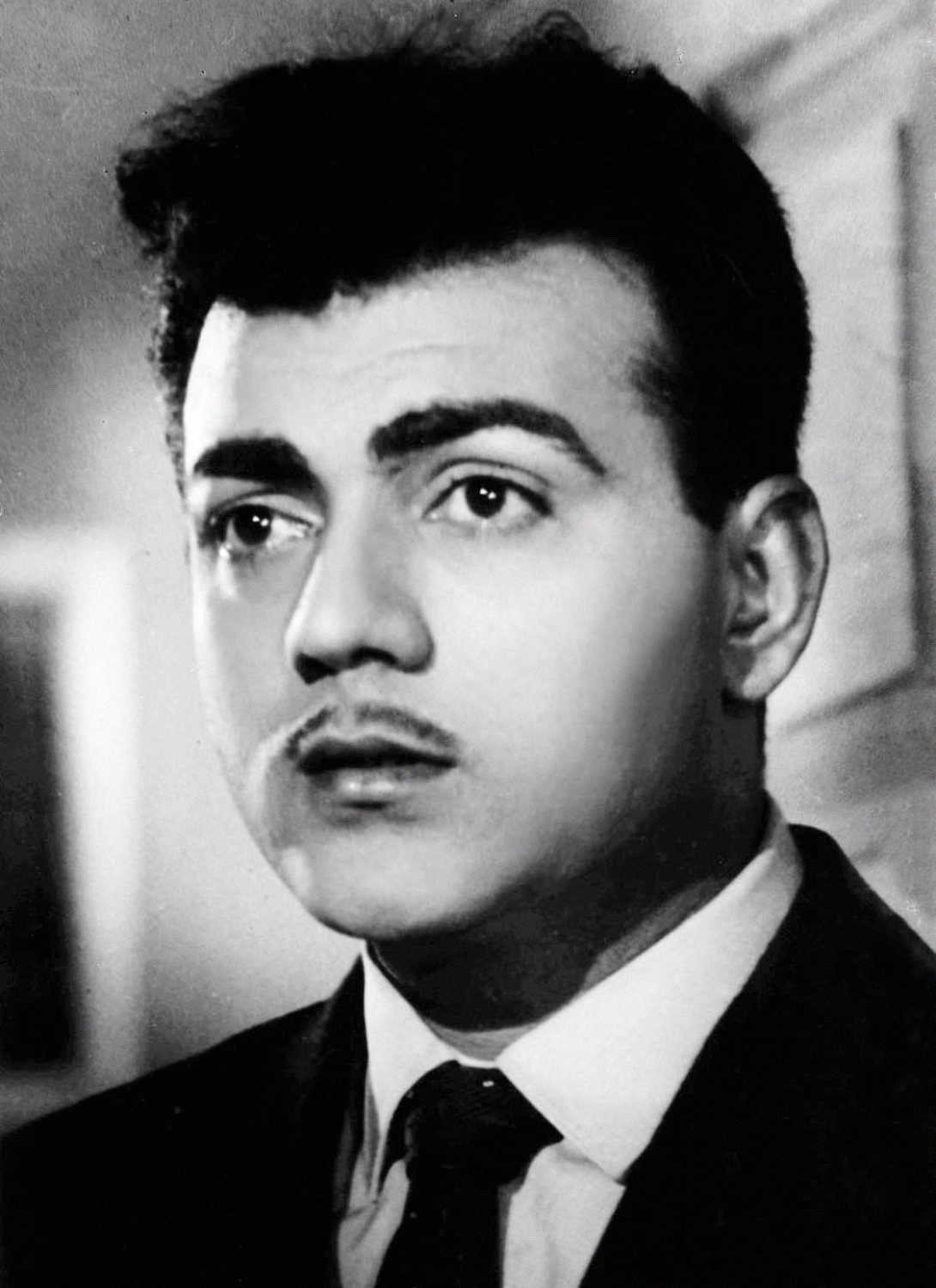 The Man with a Tragic Life who made People Laugh

Nearly every Hindi cinema-goer has a “favourite Mehmood moment.” Mine is from the 1966 comedy Pyar Kiye Jaa. The fact that in a film that also stars the mad genius Kishore Kumar, Mehmood’s show-stopping turn is a testament to both his classic talent for physical comedy and stardom. On a dark night, he settles in for a story narration with his father (Om Prakash) and what follows is a rib-tickling scene with Om Prakash getting all sweaty and spooky after hearing about, among other absurdities, a forest where “fishes are grazing grass and snakes are flying.” To strike fear into his father’s heart, Atma (Mehmood) makes all kinds of animal noises complete with a haunting background score befitting a Ramsay movie. What you do know is that the scene required either a leap of imagination and logic or a serious confidence in the art of nonsense. Whatever it was, Mehmood had that. He put his voice artistry and mimicry skills to tremendous use and made the scene more than memorable. And Om Prakash’s petrified look and gestures are in total harmony with Mehmood.

Similarly, how can one forget the first time one laid eyes on the Masterji from Padosan? His many fans personal favorite scene is when Mehmood confronts Bhola (Sunil Dutt) and Bindu (Saira Bano) in a park and warns him, Bhola, aagey mat aana. They also cheered when it looked as if he would win the girl!!!

It’s difficult to imagine Hindi film comedy without Bollywood’s original Bhaijaan. Mehmood may have long passed away but his influence is evident in the comic styles of David Dhawan, Govinda, Sajid Khan, Johnny Lever, Ritesh Deshmukh – the list is endless.

He began as a child actor in Ashok Kumar’s ‘Kismet’ (1943). But it was Guru Dutt who spotted the young lad and gave him his first break. According to a blog by Amitabh Bachchan (who calls Mehmood his godfather), “He never forgot that gesture – a large photograph of Guru Dutt adorned his bedroom.”

Mehmood went on to develop his own style of comedy. He is one of the most respected and loved entertainers in the Indian film fraternity. At his peak, he was paid more than the film’s hero and he was a performer of such caliber that leading men back in the day used to reject films because their presence used to diminish in films if they starred with Mehmood.

With top money rolling in, he was living a flamboyant life. A big spendthrift, he bought a farm just to keep his horses. He lived like a king both in terms of his lifestyle and also his large-heartedness. He looked after his extended family of 150 people. He loved cars and at one point he owned a fleet of 24 cars including a Stingray, Dodge, Impala, MG, Jaguar and others.

He had uncanny knack of spotting talent. He was the one who introduced Amitabh Bachchan into the commercial cinema space. He also gave a break to the music director R. D. Burman his first independent film as music director, Chhote Nawab and Rajesh Roshan with his own production Kunwara Baap (1974 film). Unconfirmed sources had also rumored that Mehmood offered a role to Rajiv Gandhi in the film Bombay to Goa!

Mehmood had great faith in the young Amitabh. Ameen Sayani, the radio broadcaster, once asked him about his horses. “The fastest horse is Amitabh,” Mehmood replied. “The day he picks up speed he will leave everyone behind.” In some ways, he foresaw Amitabh Bachchan’s success. Hence it was very unfortunate that towards the end, an ageing Mehmood who cared for Bachchan as a younger brother became bitter and lashed out at him in interviews. Nobody really knows the reasons for such ugliest fallouts in Bollywood but one must also admit that Amitabh kept a dignified silence.

For a brief period in the 60s, thanks to him, comedy was king. And Mehmood was the uncrowned King of Comedy. Mehmood & Kishore Kumar were good friends and Kishore was already a big star. According to a Bollywood legend, when Mehmood approached his good friend for a role in one of his movies, Kishore famously remarked, “How can I give a chance to someone who will compete with me?” To this, Mehmood is supposed to have laughingly replied, “One day, I will become a big filmmaker and I will cast you in a role in my film!” Mehmood kept his word and years later, he cast Kishore Kumar in his home production, Padosan, a film considered by many to be Bollywood’s most enduring comedy film.

Who can ever forget the comic camaraderie between Mehmood and Kishore Kumar in Padosan? Or his role as the timid lover Mohan Kumar in Bhoot Bangla and the hilarious conductor Khanna in Bombay to Goa?

Few of the famous songs shot on Mehmood were

He was nominated for Filmfare Best Comedian Award in following years:-

Towards the end of the 70s, Mehmood’s popularity began to decline as other comedy actors like Jagdeep, Asrani, Paintal, Deven Verma and Kader Khan shot to prominence. Between 1989 and 1999, he made a handful of movies, but most of them were either shelved or made no impression. He acted as Johnny in Rajkumar Santoshi’s Andaz Apna Apna – his last known film as an actor.

However any chapter written on Bollywood will be incomplete without mentioning about the greatest comedian the Hindi Film Industry has ever seen, Mehmood Ali a.k.a Bhaijaan.

He had a rough personal life starting from his father’s alcoholism to his son’s disability and the financial responsibility of tending to the large family. In fact, he often dwelt on the irony of his life. He used to say that he made people laugh for a living but wondered why his own life was so sad and tragic.

His life was exactly what Chaplin had once said, “Life is a tragedy when seen in close-up, but a comedy in long-shot.”

Filled with nostalgia. Very true, he was the बादशहा of comedy.

Very true, he was the बादशहा of comedy. Filled with nostalgia.

He was indeed a great comedian. Very often we notice that comedians have sad personal life. I feel at times whether comedians make others laugh in order to overcome personal sorrows?

You did a great job, my friend!