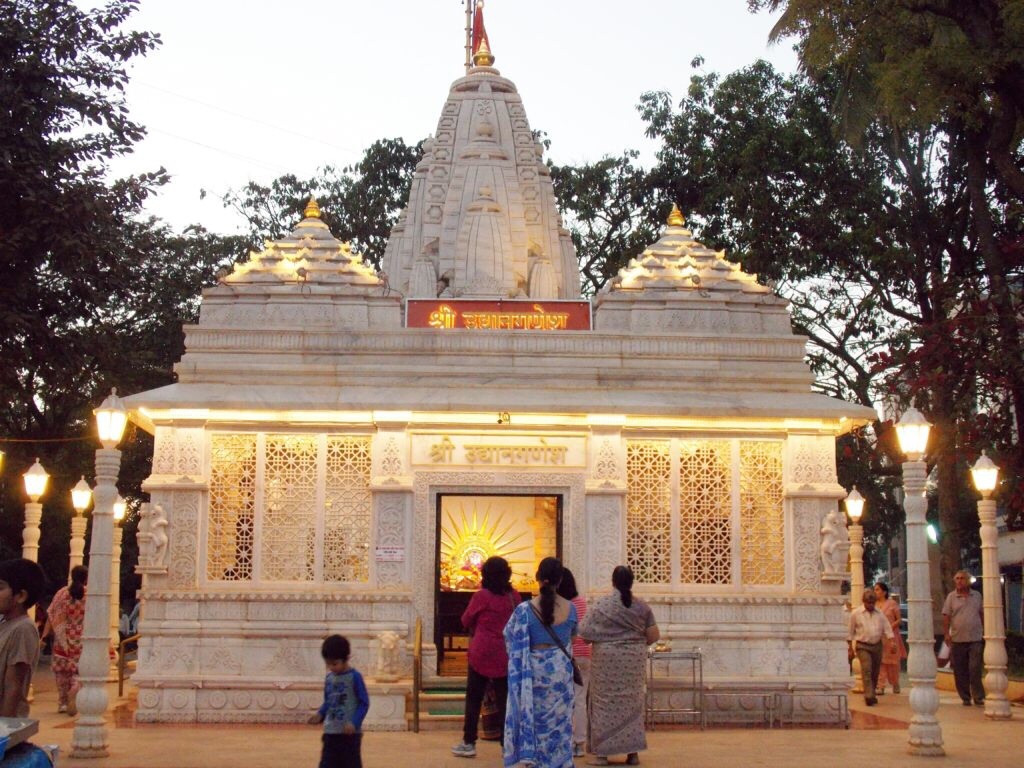 I am sure many people must have been wondering how I missed to mention, in my first snippet, many prominent places in the locality e.g. Mayor Bunglow, Mahatma Gandhi Swimming Pool, Senapati Bapat Statue, Civil Engineer Modak’s Udyam Bunglow, Savarkar Sadan, Vasaikar’s Vada Pav Stall, Badal-Bijali-Barakha, Shree, Rivoli, Plaza, Kohinoor Theatres and of course more than 10-15 temples.. I must mention here that the locations mentioned earlier were purely representative ones and close to where I stay.. And secondly many spots mentioned now were meant to be covered at length in my future articles.. The Savarkar Smarak was purposely omitted as it was completed much later, around 1990..

In today’s article, I actually wanted to cover few of my school memories and the small pleasures we used to enjoy in early 1970’s.. But as it is said in Marathi, one must start anything new by first remembering Ganapati & hence I decided to tweak the order of articles.. Frankly speaking even though I believe in God, I rarely go to any temple.. Because for me the God doesn’t reside in temples alone, it is everywhere.. And if I want to worship him, I can do that sitting at my home..

Hence it was not necessary to talk about any temples in the first place but since I felt like remembering Ganapati, I felt it would not be out of place to talk about 2 famous Ganesh temples in the area viz. Udyan Ganesh Mandir and Siddhivinayak Temple.. What I would be writing is purely my personal view and it is not meant to hurt anyone’s religious feelings.. I always say “each one to his or her own self”.. Of course by that yardstick I must also have my freedom of expression..

Now let’s first talk about Udyan Ganesh Mandir.. This temple was built around 1970 and funnily enough it was demolished nearly 3-4 times by Municipal Corporation as being Unauthorised Construction.. Later on it was regularised.. Even though I have said that I rarely go to temples, it’s not that I have taken a vow not to enter any temple.. Our temples are by and large crammed & unclean and I feel suffocated in such places.. But this temple is in a way exception to this phenomenon.. Here one gets a chance to stand at the door of the temple, even with your footwear on, take a Darshan of the Deity and just walk on.. I know so many people who come for walk at Shivaji Park and take such quick Darshan and move on.. Such a open option which is complete rarity makes the temple special, at least for me..

Siddhivinayak Temple is actually in Prabhadevi as per postal address but Dadar boundary is till the petrol pump, just few steps before..

As I remember right Siddhivinayak Temple was a tiny structure till about late 1980’s.. Now it would be impossible to imagine but we could take a Darshan of the Deity by standing in the balcony of my uncles house, who used to stay in the adjacent building.. Later the temple started becoming famous and soon the old structure paved way to an imposing new one.. And as the time progressed, it was believed to be a deity who fulfills all your wishes and the popularity just soared through roof.. A visit to the temple by any VIP coming to Mumbai became like a mandatory halt.. Film stars, politicians made a beeline to temple; some walking long distances.. The more famous the temple, the more richer it becomes.. During last few years, Siddhivinayak is considered to be one of the richest temple in the country.. Unfortunately high-handedness and attitude of “can get away with anything” follows the money as a general rule.. And this temple didn’t prove to be an exception.. Under the garb of security threat, half part of the road in front of the temple was just gobbled up and 10-12 feet tall wall was raised in the centre.. The complete lack of any credible action against them by government as well as judiciary was just unacceptable.. This road was one of the main road going to South Mumbai and the amount of traffic jams faced by general public later are testimony to this wrong decision.. Now few months back, another brain wave has surfaced.. In order to ease the hardship for devotees, the traffic coming from South Mumbai is debarred from taking a right turn at the Mandir signal.. The cars have to move further ahead and take a turn from a small lane which is creating havoc in that area.. But who is bothered about general public as apparently devotees are more important.. And in the end, who will raise the voice? With whom? Is there anybody to listen?

Forget it, let me think about what I should be writing in the next snippet..