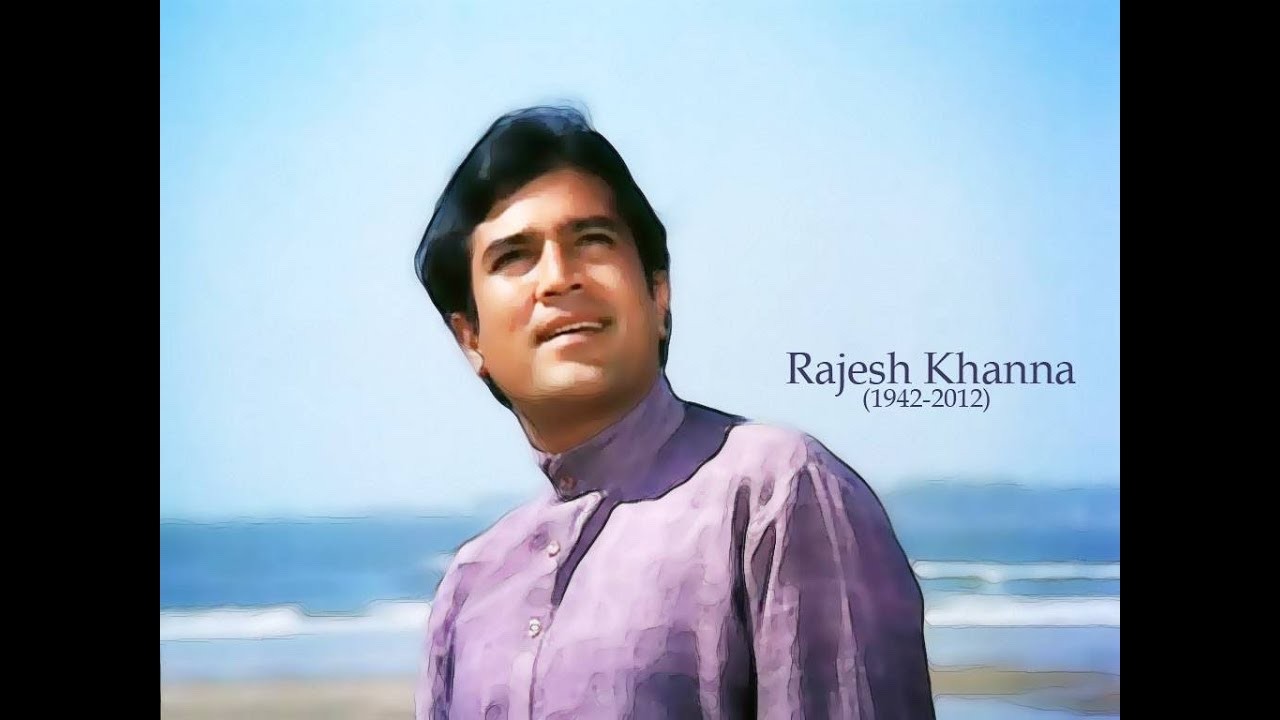 For me, in the early 1970s, Rajesh Khanna a.k.a Kaka was the only hero – romantic to the core, not larger than life, so Indian and real.

Many younger generation stars still regard Rajesh Khanna as someone who would take the top slot as the most romantic hero of all time.

Kaka had 17 consecutive hit films between 1969 and 1971 which included 15 solo hero films viz. Aradhana, Doli, Bandhan, Ittefaq, Do Raaste, Khamoshi, Safar, The Train, Kati Patang, Sachaa Jhutha, Aan Milo Sajna, Mehboob Ki Mehendi, Choti Bahu, Anand and Haathi Mere Saathi and 2 non-solo hero films; Andaz and Maryada. This is still an unbroken record. Funnily enough, Andaz which was Shammi Kapoor & Hema Malini Film, Kaka had a 5 min role and one song (Zindagi Ek Safar Hai Suhana) but the film became a super hit only because of him as if he was the main hero.

The making of Rajesh Khanna into a phenomenon was an unparalleled event for us who saw his lacklustre debut as well as subsequent rise to dizzy heights. However it would be wrong to portray him as the first superstar of the film industry since Rajendra Kumar, known as Jubilee Kumar, had unleashed public hysteria in the 1960’s with his run of silver jubilee hits.

However, what changed later was the phenomenal change in public expression… an unabashed outpouring of adulation wherein women were the major cheer leaders! Until Kaka’s advent, hero worship was confined to applause from the sidelines or penning of teary-eyed letters but he unhinged the conventional chains of restraint, making teenagers to adults go berserk in their emotional support for the actor.

Sharmila Tagore has said in an interview that “women came out in droves to see Kaka. They would stand in queues outside the studios to catch a glimpse, they would marry his photographs, they would pull at his clothes. Delhi girls were crazier for him than Mumbai girls. He needed police protection when he was in public. Even in Madras when Rajesh entered a hotel, there was a queue of 600 girls waiting to see him at midnight. I have never seen anything like this before or since.”

During the peak of his career he would be mobbed during public appearances. Fans kissed his car, which would be covered with lipstick marks, and lined the road, cheering and chanting his name. Female fans sent him letters written in their blood. There used to be a line of cars of his producers and hysterical fans outside his bungalow every day.

Film critic Monojit Lahiri remembers “Girls married themselves to photographs of Rajesh Khanna, cutting their fingers and applying the blood as sindoor. Rajesh was God, there has never been such hysteria.”

The main difference between him and his predecessors, successors, contemporaries was that Kaka’s films ran successfully in whole of India and not just Hindi speaking areas and he did films of every genre simultaneously and has more critically acclaimed films to his credit than all other Hindi Actors of every generation. Kaka was the among the few actors who could manage to strike a balance between different kinds of cinema and remain popular with both kinds of audiences – masses and classes for displaying his craft.

What made him ride the crescent of success was that in each film, he was a star performer but not a star! Neither great physique nor blessed with a face or voice to stop people in their tracks, yet he had a remarkable capacity to emote with passion before the camera, giving his screen personae oodles of good charm and realism. Understanding logistics of camera angles early in his career, Kaka, knew the sub-text and needs of a scene so perfectly that his specific movements and emotive intensity were sublimely realistic and precise to resonate with the character.

With the help of his directors, he brought upon a rare stamp of class as well as sensitivity to his characters which exemplified his strength as an actor. Imbibing his portrayals with characteristic vulnerability of an average citizen, helped him make his way in to the hearts of the audiences. He made attire like a Guru Shirt a fashion statement.

While he did impress with his initial films like “Aakhri Khat”, “Raaz” and “Baharon Ke Sapne”, Rajesh Khanna’s calibre subdued all opposition with his majestic portrayals in “Aradhana”, “Do Raaste”, “Ittefaq”, “Safar”, “Kati Patang”, “Khamoshi” and several others and yes, not to forget “Anand”.

With “Anand”, a character he was born for, he not only broke barriers of cinematic expression but also captured the imagination of the masses. From school going children to aged grandparents and rural folk to business honchos, everyone empathised with Kaka’s performance and they all gave a collective roar of approval of Rajesh Khanna being the nation’s heartthrob.

He shared close relationships with R. D. Burman and Kishore Kumar. The trio were friends and have worked together in thirty-two films. Kishore Kumar sang the most songs in his career for Kaka. Kishore sang 245 songs picturised on him across 92 films, which is an unbeaten record for singer-actor combination. Just for comparison Kishore sang 202 for Jeetendra, 131 for Amitabh and 119 for Dev Anand.

R.D. Burman had quoted in an interview – “I have always reserved the best music tunes for Kaka and I don’t feel guilty about it, as he deserved it. Although Amitabh Bachchan was a fine actor, it will be Kaka who would be remembered forever and stay immortal”.

Unfortunately this overwhelming adulation made this intuitive performer became a prisoner of his own self-absorption and adulation that made him choose films and characters ill suited to his persona. This ultimately led to a gradual downhill slide. It would be a mistake to believe Kaka was swept away by the Bachchan wave since, like in “Anand”, he was the fulcrum of poise and dignity in “Namak Haraam” and proved his mettle with a moving performance.

In my opinion he failed to realise that the tide of time had changed and he needed to reinvent himself. But he refused to come out of his cocoon and kept on faltering with his selection of films.

In the end roll of dice went against Rajesh Khanna and it was sad to see a great actor later as a poor shadow of himself. My greatest regret for him is that he came like a shining star but faded too quickly.

My Tribute to a True Superstar.