Direct Action Day is a chapter from history that was deleted so that Indians can never know what atrocities Hindus faced due to the secularism and non-violence policies.

The 1946 Cabinet Mission to India for the planning of the transfer of power from the British Raj to the Indian leadership proposed a three-tier structure: – Centre, Groups of provinces & Provinces. The “groups of provinces” were meant to accommodate the Muslim League’s demand. The Muslim League and Congress, in principle, accepted the Cabinet Mission’s plan. That means there will be individual states that will be handled by Muslims only, and the Central govt will take care external functions of the country. However, on 10th July 1946, Nehru held a press conference in Bombay and declared that although Congress had agreed to participate in the Constituent Assembly, it reserved the right to modify the Cabinet Mission Plan.

Gandhi was not in favour of the partition of India, and Jinnah said if they didn’t get Pakistan, they would destroy India. Gandhi felt Hindus & Muslims are brothers, and a Muslim would never kill his brother.

Jinnah said: We will start direct action on 16th August 1946 for an independent country. “We do not want war, and if you want war, we accept your offer unhesitatingly. He added further, we will either have a divided India or a destroyed India”. Unfortunately, Gandhi underestimated Jinnah and overestimated his secularism and Hindu-Muslim Unity.

By Oct 1946, Jinnah brought Congress and its leaders to their knees and forced them to accept partition as the only solution. What happened in these three months?

At that time, a united Bengal consisted of current west Bengal and present Bangladesh. Kolkata was the capital, and Huseyn Shaheed Suhrawardy was the CM of Bengal and loyal to Jinnah. Bengal was then a Muslim majority province with only 42 per cent Hindus, but Calcutta had 64 per cent Hindus and 33 per cent Muslims. Bengal was the only province in British India where a Muslim League government was in power. And Jinnah chose Kolkata (Calcutta) for his Direct Action day because he wanted to have Kolkata in Pakistan. Kolkata was a significant business city in India at that time, & Jinnah didn’t want to lose Kolkata!

The direct action day began with a large number of the participants who were reportedly armed with iron bars and lathis. After the afternoon namaz, a mob of around one lakh Muslims attacked Hindus and started to butcher them. The crowd were shouting “le kar rahenge Pakistan” and “nara a taqrir allah hu akbar”

Though Kolkata was a Hindu majority, most Hindus were educated and were not ready for this retaliation. Till 20th August, they kept getting killed. No one knows how many Hindus were killed or how many women were raped, but there were streets full of dead bodies. 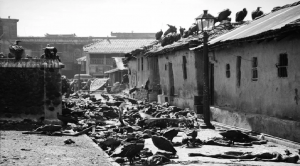 However, the worst massacre of Hindus happened in Noakhali city, which is currently in Bangladesh. Noakhali was the second round of direct action day. Riots started in Noakhali on 10th Oct 1946. Nearly 30000 Muslims attacked the Hindu areas, and whoever they saw chopped their head. They snatched babies from mothers and chopped them in front of them. In Kolkata, they raped women, but Noakhali raped them in front of their families.

There is no accurate count, but people say on the first day, 15000 Hindus were killed, and thousands of women were raped. Muslim league leader Ghulam Sarwar led the attack on Noakhali. Rajendralal Roychowdhury, the president of Hindu Mahasabha, had his head chopped and presented to Ghulam on a plate while his daughters were handed over to guards. In the next week, in Raipur, Ramganj, Begampur, and Lakshmipur, around 1 lac Hindus were killed, and 1000s of women were raped and captured as sex slaves. More than one lakh people left their homes.

Thousands of Hindus were forcefully fed cow meat and converted to Islam. They planned to kill all Hindus of Bengal to take the entire Bengal and Assam into Pakistan.

But on 18th August, a Hindu decided to resist the Muslim mibs! He was a Bengali Brahmin & his name was Gopal Mukherjee. His friends used to call him Patha because he used to run a meat shop. He used to live at Malanga Lane in the Bowbazar area of Kolkata. Gopal was 33 years old at that time, & a staunch nationalist, and a firm follower of Subash Chandra Bose & critique of Gandhi’s principle of non-violence. Gopal used to run a street organisation Bharat Jatiya Bahini. He had 500-700 people in his team – all were well-trained wrestlers.

On 18th Aug, Gopal decided that they would not run away & will do a counter-attack on the Muslims. He called his wrestlers and gave them weapons. A Marwari businessman agreed to finance him & gave him adequate money. His plan was first to secure Hindu areas by counter-attacks.

The Muslim League had lakhs of jihadis, while Gopal had only a few hundred fighters, but they made a plan & decided to fight till the end to save Kolkata from becoming a Muslim city. They ruled that, unlike Muslims, they would not touch enemy women and children.

Gopal himself had two pistols that he had gotten from Azad Hind Fauj. From the afternoon of 18th Aug, Hindus, under the leadership of Gopal, Hindus started to fight back. Hence when on the 18th, the Muslims came to the Hindu colony, they were greeted by Gopal’s team. Gopal’s team killed every Muslim mobster who came to destroy the Hindus & by the 19th, they had secured all Hindu colonies.

This was a complete surprise for Suhrawardy, who didn’t think Hindus would resist this way.

But after they had secured Hindu areas, by 19th August, their revenge started on 20th August. They marked all Jihadis who killed Hindus on 16th and 17th August & attacked them on 20th August. Soon the message reached all Hindus that under the leadership of Gopal, they were fighting the Muslims! So by 21st August, a lot of Hindus had joined him, now started the revenge of the Hindus! They killed so many Muslims in 2 days that by the 21st, deaths of Muslims outnumbered the deaths of Hindus! The game has changed by 22nd August now! The Muslims were running away from Kolkata.

Suhrawardy accepted his defeat & rushed to Congress leaders to request them to stop Gopal Patha, who had become Yamraj for the Muslims. Jinnah’s plan to capture Kolkata was shattered by 22nd August.

Before reading this, how many of you were aware of Gopal Patha? He is the Unsung Hero of India, who saved the lives of lakhs of people. Only due to him, Kolkata is part of India today. He is the one who saved the Hindus of Bengal from Jihadi Muslim mobsters!

(Needless to add, today, he is termed as a gangster in Kolkatta) 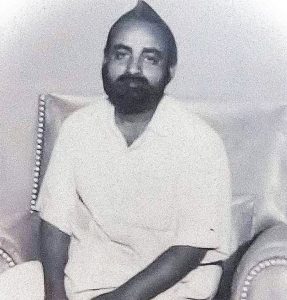 Sadly we were never taught this part of history in our school. History text books were full of sacrifices made by Gandhi ji and his so called non violence. Shame on our historians for hiding this important part of history from students.

Frankly, this story was unknown! Looking back at the pre independence era, and even after 1947, so many Muslim atrocities were apparently carried in various parts of india, which were systematically kept under wraps by Congress led by First prime minister!