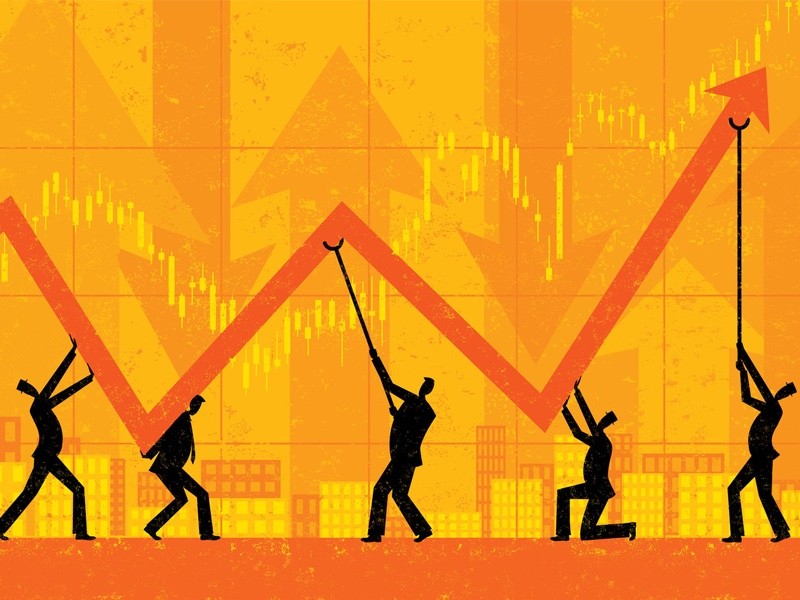 Today the world economy is reeling under the Corona pandemic. Many countries are fearing that they will actually show negative growth. India is no exception to this phenomenon. Though all the developed countries have their major manufacturing base in China, it is expected that the even the Chinese will feel the heat due to Corona backlash, at least in the short term.

PM Modi is looking at this opportunity of inviting foreign companies to invest in India. He is also strongly advocating Make in India initiative and Aatmanirbhar Bharat in many of his speeches. Hence the question arises that are we really in that league to attract major investments. No doubt, India is a big market in size but can we call such shots? Any multinational company would invest dollars (money), only and only if, they see financial viability and profits. They are not going to fall for hollow talk.

The large Indian companies are not setting up manufacturing locally but in fact they seem to scout outside India. If India has to uplift all population, it needs to grow at 10% plus. And that is not possible without manufacturing. The Job creation is must and only private sector investment can make that happen. Since that has not been happening in last 4-5 years, we have seen unemployment at its peak in 45 years.

Hence the thought of comparing business atmosphere between companies in India vis-a-vis Europe & USA or even South Asian countries. It is futile to compare them to China as they are in a different league.

Land Cost – In the best industrial estates anywhere in US, you would have to pay maximum Rs. 6-7 lakhs per acre whereas in India it skyrockets to Rs. 1 Cr or more per acre. The interest cost on land does not justify the project.

Energy Cost – It is around Rs. 10 per unit in India vs Rs. 1.5 to 5 in US. The consistency of power is awful in India and one needs to back up with inverters and generators. This increases breakdown and extra investment. Even a medium size company will have to invest more than Rs. 75 lakhs for such set-up.

Finance Cost – It is minimum 9% in India whereas these countries have maximum 4%. And loan is made available very easily. The bureaucracy and pain one goes through to get loan in India is a different story. The bank even does not treat you as customer.

Ease of Doing Business – The approvals come maximum 1-2 weeks and every infrastructure including building can be put in place in three months in these countries. To put that into Indian perspective, it will take 2-3 years, sometimes even more, to get everything rolling if one decides not to bribe.

Skill – Our education system makes all of us managers with no skill. There is no emphasis on skill development and hence getting skilled labour is a problem. Also there is no dignity of labour in our social system which demotivates the workforce.

Trust – Our social structure has made us a society of mistrust. The workforce does not trust management. Buyers don’t trust suppliers. This negativity is a big cost in general. Every plant will have so many security people vs none in western countries.

Infrastructure – We have one of the worst infrastructure amongst developed or developing nations. The work conditions are awful. Most of the industrial areas you visit, has bad roads, overflowing sewer, no water.

Labour – It is cheaper many a times but not efficient. Further the western countries have replaced them with automation. A company having turnover of $ 100 million will have just 70-80 people working. A similar manufacturing in India will have minimum 500-1000 people.

Labour Laws – We still have very old British labour laws. The times, technology and processes have changed but not our laws in most of the cases.

Taxes – The average corporates in US pay 20% tax vs 25% (reduced from 30% earlier). Further the GST rates are cheap and very simple. The reduction of taxes has only benefited large companies whereas 80% of businesses in India are either partnerships or proprietorships. Why such anomaly?

Entrepreneurs don’t need subsidies. Some good work environment, culture, respect, infrastructure and policy push is all, that is needed.

I understand that today the government has its hands full in fighting the pandemic but once we are out of that rut, I hope the government will work towards addressing above mentioned concerns. However it is no easy task for any country or government to come out of this slump. As the famous American Economist Paul Samuelson had once said – Questions remain the same, only the dancers change.

Some of the issues which the government has tried to address either successfully or unsuccessfully and some cases in haphazard manner and hence the gains have been lost in the melee. There are some other issues which needs addressed in order to kick-start the revival.

Black Economy: This was a driver of growth which was disabled in 2016 by demonetisation & hence rolling stopped. This was accentuated further by introduction of GST. The generation of black money is vey difficult now.

Widening the tax net: 15% of our economy consists of agricultural and pays no tax.

Policy Anomaly: Thriving businesses are looked at as targets and government wants an unjustified pie for themselves e.g. Telecom. The increased spectrum cost killed 14 companies resulting in only 3 companies surviving.

Regulations: Timing of regulations has been always wrong in India. The change has to be brought in when markets and economy can embrace them easily. It should not happen that we are killing an already ill patient with an overdose of medicines without bothering about side effects. The reforms need to be proactive & not reactive. Healthcare industry is the best example for the same. We have clamped indirect restrictions on Chinese imports without assessing internal readiness.

Agriculture: Initiatives need to be growth driven rather than loan waiver based. Cooperative farming, use of technology & automation, productivity improvement and access to direct consumer for fair pricing are still not our focus. 55% of our population lives on farming. There has been a huge reverse migration due to Covid situation. We always wanted this reversal as our cities were getting overburdened. If farming is treated like an industry and given all the encouragement assuring profit on produced goods, this large population will have disposable income which in turn will create and spur demand.

International Perception: The perception of India about quality, business ethics and trust is very poor. The corruption in India is rampant and at every level and the roots of this are in our political system.

Strategy: We need two pronged strategy- short term to kick start & long term with a clear direction & planning. My opinion is that we as a nation are too much short term focused in everything we do. This always pushes us behind the developed world where it is exactly opposite. Be it infra development, industrial policy, labor laws etc, they all are driven by immediate returns policy which most times are not sustainable in the long run. Political compulsions are the main reason for the same.

Unfortunately the flip side of economy not doing well is people to spend too much time on issues such as politics, religion and caste. And I am pretty sure that all that will vanish when there is job and work for all.

PM Modi has a great resolve and can pursue a tough agenda but he needs to take all good minds on board and not necessarily only those who patronise him.

Our best bet is that.

(Thanks for inputs from NS Manku and few other friends)

Excellent coverage Sir.
Inspires me to also take up this subject and write a few lines from perspective of a Management teacher.

I would love to know your views.

All points covered that need to addressed. Every point is so important that each will require a separate blog. I am sure in due course of time this too will come from your pen.

Did not understand the significance of “dancers” in “Questions remain the same”.

Of course I did.

Namaste Shri Maratheji,
Interesting article. You have covered almost all current issues / pain areas in our country and also given solutions. Would like to meet when I am in Mumbai. I am from Shivaji Park, Mumbai and currently based in Delhi. I have joined the Ministry of Shipping, GoI , thru lateral entry. There is tremendous work in progress for port laid development and initiatives on ease of doing business. I know Shri Shriram Dandekar, Dr Zankar, maybe we will discuss during morning walk at Shivaji Park.

Surely we will meet and discuss

Dear Yash,
Absolutely the best article I ever came across.It is with the perspective of overall proactive efforts from Govt. machinery as you have rightly expressed. I think these valid points have to be discussed on larger format to ensure real growth of India. Thanks.

Is Statistical data u mentioned under cost of land power etc , aunthetic as well as up to date ? If so, pls mention its source. I wonder whether members of Planning commission are not aware of socioeconomic issues facing our country as described in your article
Are you aware of their views and opinion in this regard ?

They may be aware. How can I know what they think? It finally boils down ground zero which does not see the thought being implemented.

What about source of data ?

There are different ways of looking at problem. You can very well know what they think by reading articles of Economist . Also What about policy of banning Import pursued by GOI to protect Indian manufactures? (Import Substitution). In short Government is taking correct steps to rectify Industrial policy. We have come a long way from license permit and quota raj