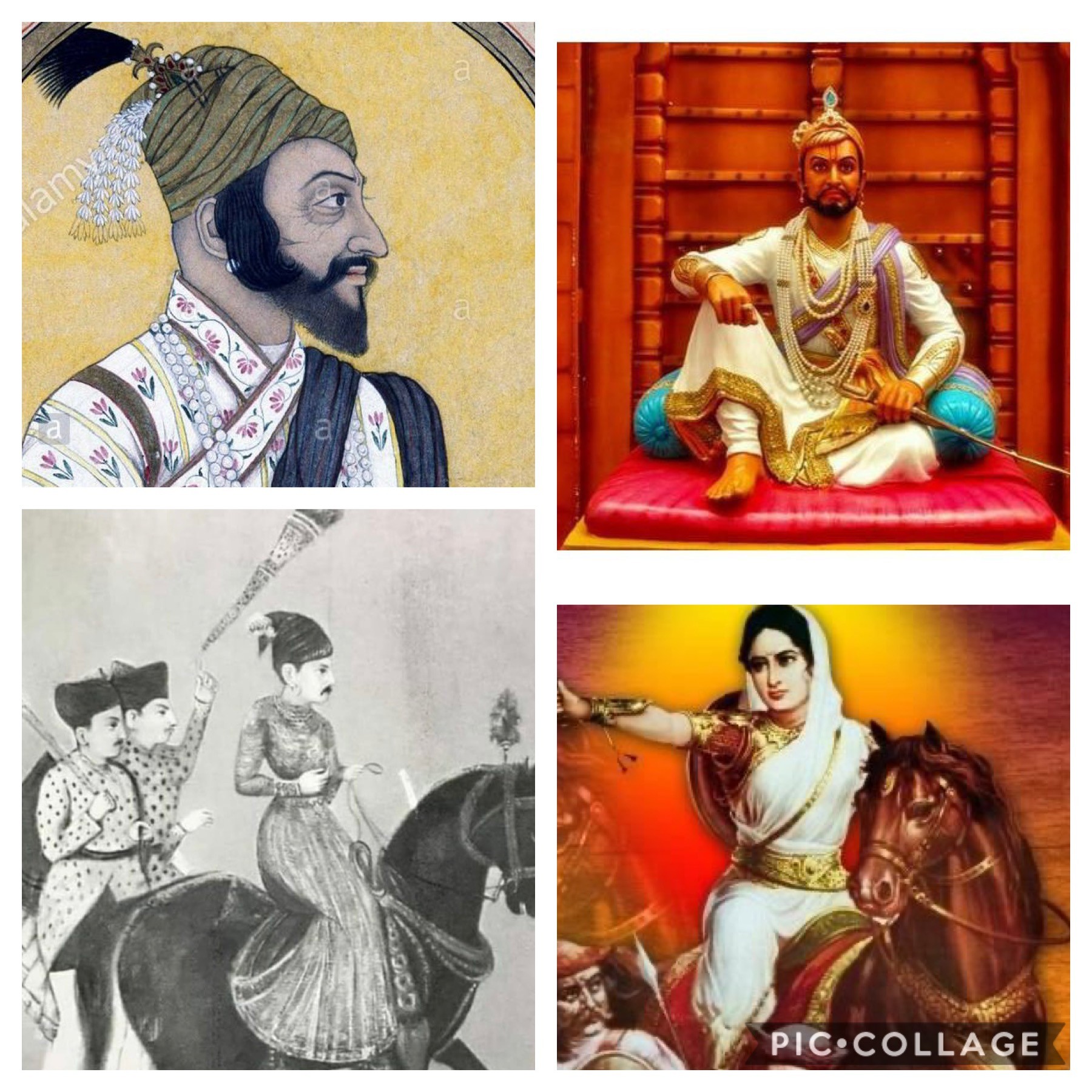 School children in India learn a very specific blend of Indian history. This school version of history is stripped of all the vigor and pride. It mainly focuses on India’s struggle with British Empire. Hence it is no surprise that we are unaware of an epic war that significantly altered the face of Indian subcontinent. The war that can be described as the mother of all wars in India. Considering the average life expectancy that time was around 30 years, this war of 27 years lasted almost an entire generation. The total number of battles fought was in hundreds. It occurred over a vast geographical expanse spanning four biggest states of modern India – Maharashtra, Gujarat, Madhya Pradesh and Karnataka and was fought over 3 distinct phases. For time, expanse and human and material cost, this war has no match in Indian history.

At the time of Shivaji’s death in 1680, Maratha empire spanned an area far more than the current state of Maharashtra and had taken firm roots. But it was surrounded by enemies from all sides. Portuguese on the northern Coast and Goa, British in Mumbai, Siddies in Konkan and remaining Deccan sultanates in Karnataka posed limited challenges each, but none of them was capable of taking down the Marathas alone. Mughal empire with Aurangzeb at its helm was the most formidable foe.

On the Northern front, several Rajput kings had accepted to be the vassals of Mughals. Aurangzeb had succeeded to the throne after the brutal killing of his brothers and imprisonment of his father. With Rajput resistance mostly subsided and the southern sultanates weakened, it was only a matter of time before Marathas were in his cross-hair. 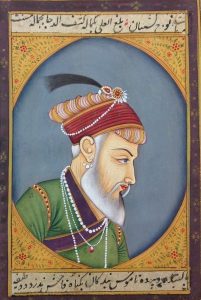 Aurangzeb was a religious fanatic. He had distanced Sikhs and Rajputs because of his intolerant policies against Hindus. After his succession to the throne, he had made life living hell for Hindus in his kingdom. Taxes like Jizya tax were imposed on Hindus. No Hindu could ride in Palanquin. Hindu temples were destroyed and abundant forcible conversions took place. Aurangzeb unsuccessfully tried to impose Sharia, the Islamic law. This disillusioned Rajputs and Sikhs resulting in their giving a cold shoulder to Aurangzeb in his Deccan campaign.

The first phase started in September of 1681 with the Mughal emperor Aurangzeb’s invasion of the Maratha empire. He teamed up with Portuguese, British, Siddis, Golkonda and Bijapur Sultanates planning to encapsulate Marathas from all sides to form a deadly death trap. To an outsider, it would seem no-brainer to predict the outcome of such vastly one sided war. It seemed like the perfect storm headed towards Maratha confederacy. But what happened at the end would defy all imaginations and prove every logic wrong. Despite lagging in resources on all fronts, it would be the Marathas who triumphed. And at the expense of all his treasure, army, power and life, it would be the invading emperor who learned a very costly lesson, that the will of people to fight for their freedom should never be underestimated. 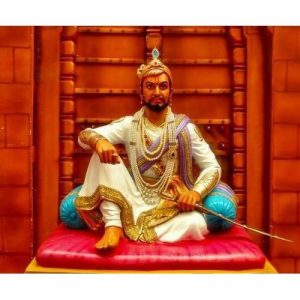 First few attempts proved unsuccessful to make a major dent. But in December 1688 he had his biggest jackpot. Sambhaji was captured at Sangmeshwar. It was in part his own carelessness and in part because of treachery. Aurangzeb gave him option of converting to Islam, which he refused. Upon refusal, Aurangzeb, blinded by his victories, gave Sambhaji the worst treatment he could ever give to anyone.Sambhaji was paraded on donkey. His tongue was cut, eyes were gouged out. His body was cut into pieces and fed to dogs. There were many people who did not like Sambhaji and thus were sympathetic to Mughals. But this barbaric treatment made everyone angry. Maratha generals gathered on Raigad. The decision was unanimous. All peace offers were to be withdrawn. Mughals would be repelled at all costs. Rajaram succeeded as the next king. He began his reign by a valiant speech on Raigad. All Maratha generals and councilmen united under the flag of the new king, and thus began the second phase of the epic war. 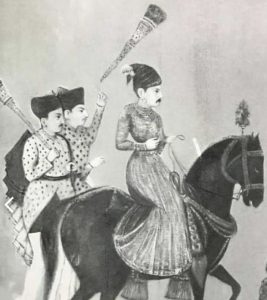 To Aurangzeb, the Marathas seemed all but dead by the end of 1689. But this would prove to be almost a fatal blunder. In March 1690, the Maratha commanders, under the leadership of Santaji Ghorpade launched the single most daring attack on mughal army. They not only attacked the army, but sacked the tent where the Aurangzeb himself slept. Luckily Aurangzeb was elsewhere but his private force and many of his bodyguards were killed.

Rajaram was forced to retreat to Jinji from Vishalgad due to incessant pressure. It became his home for the next seven years. Rajaram travelled South under the escort of Khando Ballal and his men. The queen of Bidnur, gave them supplies and free passage. Harji Mahadik’s division met them near Jinji and guided them to the fort. Aurangzeb was frustrated with Rajaram’s successful escape. His next move was to keep most of his force in Maharashtra and dispatch a small force to keep Rajaram in check. But the two Maratha generals, Santaji ghorpade and Dhanaji Jadhav would prove more than match to him. They kept launching swift raids on Mughal armies on the East front. This came as a bit of surprise to Aurangzeb. In spite of losing one King and having the second king driven away, Marathas were undaunted and actually were on offensive. 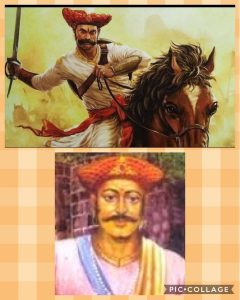 By now, Aurangzeb had the grim realization that the war he began was much more serious than he thought. But by this time Mughals were no longer the army they were feared before. Aurangzeb, against advice of several of his experienced generals, kept the war on. It was much like Alexander on the borders of Taxila.

In March of 1700, another bad news followed Marathas. Rajaram took his last breath. His queen Tarabai, who was also daughter of the gallant Maratha Commander-in-Chief Hambirrao Mohite, took charge of the Maratha army. She carried the struggle on with equal valor. Thus began the third phase, the last phase of the prolonged war, with Marathas under the leadership of Tarabai. 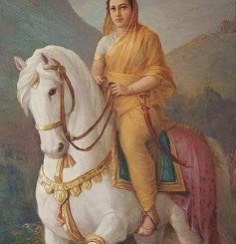 Throughout the war, Marathas never stopped their offensive. This served two purposes. The fact that the Maratha army was carrying out offensive attacks in Mughal land suddenly made them psychologically equals to Mughals launching attacks in Maratha land, even though Mughals were a much bigger force. This took a negative toll on Mughal morale and boosted morale of their own men. Secondly, these offensive attacks in terms of quick raids often heavily damaged enemy supply chains taking toll on Mughal army. The forts formed the backbone of Maratha defense. Thanks to Shivaji, every fort had provision of fresh water. The total forts numbered almost 300 and this large number proved a major headache to Aurangzeb.

The signs of strains were showing in Mughal camp in late 1701. This expedition had already taken a giant toll, much larger than originally planned, on Mughal empire. And serious signs were emerging that the 200 years old Mughal empire was crumbling and was in the middle of a war that was not winnable. Mughals were bleeding heavily from treasuries. But Aurangzeb kept pressing the war on. It was slowly dawning to him that after 24 years of constant war, he was no closer to defeating Marathas than he was the day he began. Aurangzeb grew despondent. He threw everything he had in this war and he lost it all. He was forced to witness bitter fights among his sons in his last days. Alone, lost, depressed, bankrupt, far away from home, he died a sad death on 3rd March 1707. “I hope God will forgive me one day for my disastrous sins”, were his last words.

”What some call the Muslim period in Indian history, was in reality a continuous war of occupiers against resisters, in which the Muslim rulers were finally defeated in the 18th century” Dr Koenraad Elst

A noted historian Jadunath Sarkar makes an interesting observation. In his own words, “Aurangzeb won battle after battles, but in the end he lost the war. As the war prolonged, it transformed from war of weapons to war of spirits, and Aurangzeb was never able to break Maratha spirit.” What Marathas did was a classic example of asymmetric defensive warfare.

One of the most famous warriors in ancient Indian history seems to agree with the conclusion above. In “Bhishma-Parva” of Mahabharata, Pitamah Bhishma begins the war advice to king Yudhisthira with a famous quote –

“The strength of an army is not in its numbers“

Thus ended a prolonged and grueling period in history of India. The Mughal kingdom fragmented and disintegrated soon after. And Deccan saw the rise of a new sun, the Maratha Empire.

Maratha’s kept Aurangzeb at bay for 27 years after Shivaji, 17 years after Sambhaji and Rajaram stranded in far away Jinji for nearly 7 years. How did the army keep fighting without the King or Commander-in-chief for so long? This must be one of its kind examples in the annals of world’s history.

This is where the legacy of Shivaji Maharaj played a pivotal role. He had instilled so much dedication and devotion in his people at large, that they were overwhelmingly ready to lay their lives to protect the “Hindavi Swarajya” even after his death. And this devotion lasted for more than 100 years as Marathas did everything in their capacity to fulfil the vision of their King. 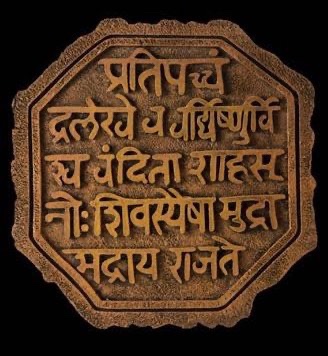 Raghunathrao Peshave captured the fort of Attock (अटक), on 28th April 1757, which is on the banks of Sindhu river near Peshawar, nearly 80 years after the death of Shivaji Maharaj. They also fought one of the most bloodiest wars in the Indian history, at Panipat, on 14th January 1761, not for themselves but for protecting our motherland from foreign invaders.

I will narrate an incidence which will give some idea as to how far reaching impact the vision or legacy of Shivaji Maharaj had. A friend of mine, Jayant Sathe was in Jodhpur in 2015, and was having a chat with the local guide. The guide asked Jayant where he was from. When the guide learnt that Jayant was Marathi, his face lit up. He said ‘Thank god for Shivaji’. Jayant told him that he agreed with his emotion but wanted to hear what makes him feel that way. His answer was that ‘if it was not for Shivaji, you and I both would be Muslims today.’ Jayant said that you also had Rajput kings fighting Muslims. His comment was ‘They all gave their daughters and sisters to the Mughals so their own life would be protected. They did not want to fight the Mughals. It was Shivaji that saved the Hindus and the Hindu Raj, no one else.’ Jayant felt very proud and undoubtedly it is a very proud for every son of this soil.

However we tend to idolise the men of great virtue, like Shivaji Maharaj, There is a great danger for the society in treating them as Gods as we, then tend to believe we can never match them. We must reiterate that they were humans, may be superhumans, and every effort should be made to emulate them.

That would be the true tribute to Shivaji Maharaj.

Simply desire to say your article is as astounding. The clearness in your post is just great and i could
assume you’re an expert on this subject. Fine with
your permission let me to grab your RSS feed to keep updated with
forthcoming post. Thanks a million and please keep up
the enjoyable work.

fantastic post, very informative. I wonder why the other specialists of this sector do not notice this. You should continue your writing. Im sure, youve a great readers base already!