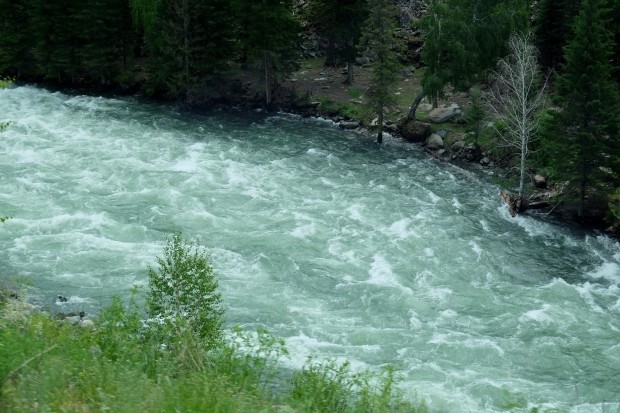 At the mention of the word “river” what is the very first thought that crosses the mind? A gushing or turbulent flow. To flow is an intrinsic characteristic of a river.

A flowing river is a rarity today, not only in Maharashtra and India but all over the world. Out of the 175 major rivers of the world, just about one-third are free-flowing.

Rivers occupy a very important place in the lives of Indians. They not only provide potable water but also serve as chief source of livelihood for many and facilitate in water transport and hydro-electricity generation. Therefore, it is well understood why the majority of our cities are located along riverbanks. In Hinduism, a river holds a unique significance and almost all rivers are personified as deities.

In India, there has been an unprecedented blending of mountains, rivers and Shiva. Abundant stories related to rivers are found. Each one has some myth, ritual and traditional architecture. In Maharashtra, as well as all over India, the place of origin of a river is considered as a place of pilgrimage; where temples, bathing ghats (steps) and other various forms of architecture have been constructed. e.g. Trimbakeshwar – Godavari, Mahabaleshwar – Krishna, Bhimashankar – Bhima. We have consecrated our rivers and wells. At the origin of almost every river and confluence, there is a Shiva temple, there are sacred pools, and there are sacred wells. According to one belief in Hinduism, the river originates in mountain ranges, in vicinity of a Shivlinga.

But yes, all this existed during the times of our ancestors. What is the scenario today? We have caused the plight to such an extent where the word ‘pathetic’ or ‘pitiable’ will fall short to describe.

Humans or animals get fever due to dehydration, poisoning, obstruction in blood circulation, and various infections or even various types of cancers also. Likewise the soil / land is also dehydrated and river flows have been obstructed and poisoned. Poisoning of soil organisms, their malnutrition or starvation, and infection and cancer to the Earth are all maladies which have forced onto to our Mother Earth.

We have been drilling holes in the ground and there is an endless drawing up of ground water. When the wells were found to be insufficient, borewell were dug. There are borewell of depths of up to two hundred, five hundred, one thousand, twelve hundred feet, and from four inches to two and a half feet in diameter. More water is being pumped out of the earth every year than the quantity of water absorbed by the soil. Naturally the soil is dehydrated.

Dehydration caused to humans can be treated or overcome by giving water through ORS, lemon water or saline. Likewise rehydrating by planting trees on the top of the mountains / hills, undertaking watershed works, recharging the groundwater using proper technology, constructing new ponds / lakes and improving old, degraded ponds / lakes are the solutions to this.

Modern man has developed many chemicals out of his inquisitiveness, many of which are dreadfully toxic. These chemicals have been dispersed in air, water, soil, and various organisms. Think about it, we suffer even if we take a little overdose of a simple vitamin or medicine for high blood pressure and diabetes. Here we humans have created pesticides or weedicides or nuclear wastes and scattered them on farms and forests of the enemy. It is but obvious, that the soil will be poisoned. The only solution to this is to stop making and using poisons and making efforts to drain out the toxins which are already in the environment.

Obstructions in the Blood Flow:

There are numerous blood vessels in the human body. If even one of these blood vessels gets closed or blocked, blood accumulates at that spot and it forms a small blood bubble or lump or clot which causes suffering. If such a lump forms in the brain then it may cause paralysis or even death and the blood supply is reduced in that portion of the body where those damaged vessels were supplying blood. And gangrene develops in that portion and it ultimately dies. It becomes useless and has to be amputated. This is information from the medical science. Presently, a huge river like the Godavari (the catchment area or watershed of which is as large as entire south India) is going dry. Naturally, there is a gangrene like effect to be seen on both of her banks.

Now, let us consider the water flows of the Earth such as rivers, streams and brooks and also the subterranean aquifers. Varahmihir had given an analogy saying that all these water flows are like the blood vessels of the body of the earth. Modern man started building dams after dams on all the rivers. Most of these dams were built right near the source of the river because there is heavy rainfall and hard, water resistant rocks are there. When the dam on Koyna River was built, some knowledgeable people (or experts) from Andhra and Karnataka had raised questions about it saying it is all fine that the water from this dam is to be stored in Konkan and used for generating electricity, but it will affect the water flowing into our states. For this reason, this dam should not be built.. But since in those days there was a tremendous scarcity of electricity and an equally huge demand for it, the country and Maharashtra did not heed this opposition and went ahead with building the dam. And after this, dam construction spread like an epidemic. The effect of all this was that rivers took shortcuts to meet the sea or ocean. The separation between water flows and rivers started with dams.

The water stored in the backwaters of dams are the lumps or clots in the blood vessels of the Earth. The water from these “lumps” was used for chemical-based farming. This again meant poisoning; and illness and fever arising out of it.

Today, when we see the pitiable condition of rivers, what comes to our minds first? Pollution, encroachment, garbage, floods. Therefore, we have easily accepted the fact that a river is not flowing, haven’t we? Earlier, this water used to flow long through the land and then meet the sea, and all living beings, including humans, on both banks of the river made life-sustaining uses of this water.

Take a recent example. The ‘Lendi’ river near Nanded, a tributary of the Godavari, filled to both of its banks and flowed, during the first rains that accompanied the Nisarg cyclone. Now you may think that I, who at first appreciated a turbulently flowing river, should be happy to see an overflowing river.

But that is where the real problem lies. The river fills to its brim in the first rains, which means the soil is not able to “drink” or absorb water because it is either comatose or dead. It is being bombarded with an excess of everything, excess tractor usage, excess fertilisers, excess pesticides. There is no life in the soil because there are no earthworms, no termites, no ants, no arthropods like centipedes, and mainly no fungi in it. Man has not left any food in the soil for these creatures to eat or has killed them all by using too many poisons. Watch this video clip of a flowing river filled to its both banks.

Look at the colour of the water, how turbid it is.. look at how much soil it is carrying. Whatever is left of the soil’s fertility is also being carried away with the water.

Are we going to come to our senses after seeing this? Probably not, because who thinks for tomorrow? I am getting water today and that is enough. Do we care at all for what we are going to give our next generations after extravagantly wasting the precious resources our forefathers have entrusted to us?