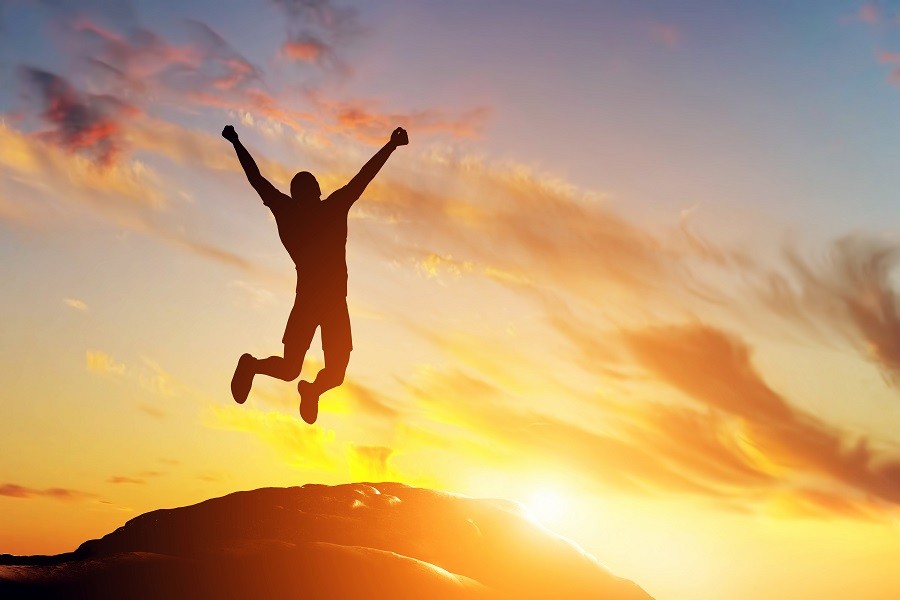 The World Happiness Report is an annual publication of the United Nations Sustainable Development Solutions Network. Four countries have held the top spot in the last four reports: Denmark, Switzerland, Norway and now Finland as of March 2020.

The rankings of national happiness are based on a Cantril ladder survey. The respondents are asked to think of a ladder, with the best possible life for them being a 10, and the worst possible life being a 0. They are then asked to rate their own current lives on that 0 to 10 scale. All the top countries tend to have high values for all six of the key variables that have been found to support well-being: income, healthy life expectancy, social support, freedom, trust and generosity.

India was at position of 133, three years back, then it was at 140 and now finally at 144 out of 153 nations last year. Who was behind India? Malawi, Yemen, Rwanda, Botswana, Tanzania, Central African Republic, Zimbabwe, South Sudan and Afghanistan.

A tiny nation like Bhutan has adopted gross national happiness instead of gross domestic product as their main development indicator. When you read all this, I am sure you must be wondering and would be very keen to know where Pakistan was? Hold your breath!! It was in 67th position which improved its position from being 75th in the previous year. Isn’t this very hard to believe and digest?

Pakistan was ranked as the happiest country in South Asia in 2020. Bhutan has received this honour earlier. When we look at Pakistan, a question certainly arises that how come a country plagued with religious fanaticism, stricken by poverty, bogged down by military actions, known for nurturing global terror factories can be “Happy“?

And then why can’t a country like ours which has attracted the world’s attention as a large market, having deeply rooted democratic values, believing equanimity among all religions, annually producing a middle class population equal to a small country and marching towards a global superpower, be a “Happy Country”? Sadly, India’s rank in the list of happy countries is falling every year.

Although the criteria for selecting a happy country may have differing opinions, I would like to draw your attention to two factors which have an influence on happiness in human life in the present circumstances. The first one is Media and the second one is the ‘Humour in Life’.

I always wonder whether the media has ever been truly independent. A large chunk of the media has consistently backed the ruling party. In today’s time, it’s moral is completely degraded. That’s the simplest explanation! The media and the government have together given rise to a new concept of nationalism and the media are constantly discussing who is today’s nationalist in their regular, high pitched voices. If we review the news broadcast over the last year on TV, except for the discussion on migration of migrant workers, almost all discussions were centered around India-Pakistan, Hindu-Muslims, Kashmir, etc. Today, there is not a single journalist at the national level who can be termed as impartial. If journos are to be classified in a simple manner, there are only two categories left, the journalists who love Modi and the journalists who hate Modi. The media, which is in a frenzied state of mind, daily spewing hatred, has snatched away a lot of happiness from the Indian populace.

Pakistani media enjoyed a lot of freedom during the tenure of Parvez Musharraf (The Media played a major role in causing the downfall of his power). Pakistani media gives better news than the Indian media except on topics like Allah, Military and India (mainly Kashmir). Most of the time, Pakistani Media focuses on discussions that emphasize domestic issues like economy, unemployment, poverty and the government’s policy failures. Discussions in the Pakistani media are quiet and restrained, with a maximum of four members being called for panel discussion and most of the channels do not invite political spokespersons. The news is not exaggerated. The government is questioned every day. There are a lot of journalists such as Hassan Nisar, Kamran Shahid, Afrin ul Noor, Hamid Mir, Naseem Zayara, Najam Sethi, Kamar Cheema, Mona Alam and others, who speak very well on domestic issues.

The media also takes up issues such as unaffordability of enmity with India, renouncing the right to Kashmir, etc. Hardcore fundamentalist like Orya Jan Maqbool and Zayed Hameed do appear in the media but they don’t have much sway in the society. There are also thinkers like Marvi Sarmad and Pervez Hoodbhoy who fight for the rights of Hindus. Sometimes you must watch and study Pakistani media on YouTube. They do not get frenzied like our media, for sure.

The second factor is the role of humour in day-to-day life. Pakistan is way ahead of us as far as humour is concerned. The humour over there is very decent and of high taste. I am giving two examples of how high the standard of humour is in Pakistani media. A journalist named Salim Junaid anchors a program on Duniya News channel called “Hasab E Haal”. The format of the show is that an artist named Aziz appears daily in the guise of one celebrity and replies humorously to the questions asked to him. Another show is “Loose Talk” by Anwar Masood and Moin Akhtar. Try watching both of these shows at least once, the height of humour in the show is extremely high and yet not a single word would be found to be nasty or offensive.

On the contrary, people in India unnecessarily wear a serious look. There is a misconception among us that those who talk with a serious face are highly responsible people and that is why the average sense of humour of Indians is very, very below average. Look at our stand-up comedians; none of their acts are complete without uttering (obscenities) or swear words, and all of them have a similar way of speaking. When even good content writers such as Kunal Kamra, Jakir Khan, Varun Grover also do comedy with swearing and cursing, then the declining quality of humour is evident. Added to that is a society which easily gets emotionally hurt by almost anything, and that is why we are getting distanced from humour which is the cheapest source of happiness. People are stingy and miserly even while sending a smiley emoji to a really good humorous post.

Today the urban human life in India is undergoing so much stress that every 7th citizen in metro cities needs psychiatric help. Life is spent in chasing an endless physical/material bliss. In such a scenario, we need to make humour an inseparable part of your life, in order to make your life a little bit happier.

But what is Happiness?

We use this word so casually. It is always associated with gaining or getting or achieving something whereas happiness is far more encompassing and implying fulfilment.

We then need to Ponder About – Why is the majority unhappy in India? I have always seen that people at large are generally very angry. They are simply angry without realising what causes such feelings. I personally believe the root of all this is in our political & judicial system. People see politicians of every hue & colour get away with anything and everything. This anger, if not handled well, can erupt on slightest of provocation.

Add to that the social system which makes people lead a life which is full of pretences & hypocrisy, since our childhood.

All this jugglery leads to tremendous confusion & hence we are living in unhappiness all the time.

Further when I look at myself or my friends I can see it everywhere. We are not happy with what we have but all are stressed and not happy for the things we don’t have. You have a Santro, but you want City; You have a City, but you want Skoda. Just after buying a new phone, we need another one. Better laptop, bigger TV, faster car, bigger house, more money. These examples are endless. The point is, is it actually worth it? Do we ever think if we actually need those things before we want them?

I realise that one thing which is keeping us stressed is the “stay connected” syndrome. Even in our homes, we are logged in on messengers, checking mails, using social networks, and on top of that, the mobile is not letting us disconnect. I realised that even when we are spending far less money than what we earn, we are still worried about money and more money. We are saving enough money than we would ever need, but still we are stressed about income and expenses.

Then the question is ‘How to be Happy?’

The very basic reason why our earlier generation was much happier with so little is that they didn’t want things in life to make it luxurious, but wanted only those things which were making their life easier. It’s a very fine line between these two, but after remembering my father’s lifestyle, I realise that he needed a cell phone but not the iPhone. He needed a TV but not the 32″ plasma. He needed a car but not an expensive one.

Ultimately it’s a single life, a day gone is a day gone. I believe if I am not happy tonight, I’ll never be happy tomorrow morning. I realise that meeting friends, spending quality time with your loved one’s and spending time with yourself is the most important thing. If you find yourself alone and you don’t have anybody to talk with, then all that luxury life, all that money is wasted. I believe putting your happiness ahead of money is the choice we need to make.

I had read somewhere an article by Khushwant Singh about happiness.

He said – Having lived a reasonably contented life, I was musing over what a person should strive for to achieve happiness. I drew up a list of a few essentials which I put forward for the readers’ appraisal.

1. First and foremost is GOOD HEALTH.

5. Fifth, LACK OF ENVY towards those who have done better than you in life.

6. Sixth, DO NOT ALLOW OTHER PEOPLE to descend on you for gup-shup.

8. Eighth, every morning and evening, devote 15 minutes to INTROSPECTION.

‘Life isn’t about how to survive the storm, but how to dance in the rain.

’Last but not the least, we must learn to ‘Live in Present’. We must live moment by moment without baggage of the past or anxieties of the future. Once we live every moment in such a manner, we will never have to ask anybody “How to be Happy?” We will be in perpetual happiness.

Indians are way too much bogged down by a maze of rules and regulations which cause huge frustration.This gives rise to disputes which take an average of 20 years to solve.This was expected to ease with new regime,but in fact has worsened.Our laws instead of punishing guilty concentrates on harassing law abiding citizens further.Of course this is just one reason as an example.