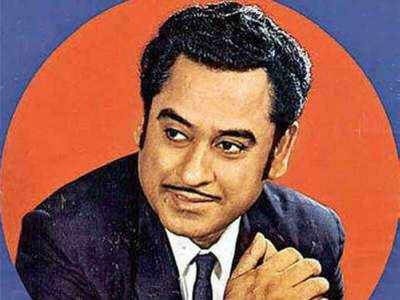 I was in a genuine fix as to what can I write about one of my favourite singers about whom so much has been already written? If I switch on any FM radio station today, I will hear one of Kishore’s evergreen melodies, mainly composed by another stalwart, RD Burman.

Listen to any RJ of any music station, and you will be surprised how just everyone ends up calling the genius singer, किशोरदा, as if he was their contemporary. It makes me wonder how a singer who began his career way back in 1946 (he was a chorus singer with Bombay Talkies) continues to be listeners’ favourite even today. More so, when the youth has access to all music from worldwide, thanks to the internet.

As Kishore had no formal classical training, he was never entertained by the top music composers. But Kishore became one of the most prolific singers in the Indian popular music industry, singing songs in Bengali, Marathi, Assamese, Gujarati, Kannada, Bhojpuri, Malayalam, Odia, Urdu apart from Hindi, of course. Due to the power in his voice, its “contemporaries“, and the sheer joy and energy it echoed with, it worked wonders. This led to Kishore being nominated 19 times for Filmfare and winning 8!

He was, in effect, the voice of the young-at-heart. There was always so much fun in his singing. It was incredible if I may use today’s language.

Yodelling is singing in a manner that the voice fluctuates rapidly between a normal and an exaggerated tone. He yodelled for several songs, notably ‘Zindagi Ek Safar ‘from the film Andaz, ‘Chala Jata Hoon Kisi Ki Dhun Mein ‘from Mere Jeevan Saathi and many many more, as it became the essential feature of his singing. Kishore was the only singer who could do this effortlessly, and he never tried to hide that he was inspired by Jimmie Rodgers and Tex Morton.

Much of Kishore’s genius comes from his unpredictable personality as an actor-singer which was, in a way, crazy mad.

Watch him fooling around Chalti Ka Naam Gaadi – sometimes flirting, sometimes bumbling along. This man could jump, dart and leap around a gay abandon.

He could be plain mad if he chose to be… watch him sing a duet (he sang both the male and female version!) and play a woman in Aake Seedhi Lagi, starring actor Pran and him in the film Half Ticket. Even the song Chil chil chilla ke from the same Half Ticket is replete with total madness, and you can not imagine someone else in that frame.

Similarly, can you imagine anyone else pulling off the music teacher act in Padosan other than Kishore?

There are many stories of his madness and eccentricities but which I am not going to dwell on.

His music reached its zenith in the 1970s when the formidable quartet of RD Burman, Anand Bakshi, Rajesh Khanna and Kishore Kumar could do no wrong.

Kishore Kumar (4 August 1929 – 13 October 1987) sang in different genres, but some of his rare compositions, considered classics, were lost in time. Perhaps, the burden of being a playback singer, actor, lyricist, composer, producer, director, and screenwriter took a heavy toll on him.

A man who stood up for his beliefs, even if it affected his career. His denial to endorse then Prime Minister Indira Gandhi’s 20-point programme led to his ban on Vividh Bharti and All India Radio during the Emergency period of 1975-1977, during the peak of his career.

According to Ashok Kumar, Kishore’s success lies in the fact that his voice used to hit the microphone straight at its most sensitive point.

The following25 solo songs of Kishore are my personal favourites (in alphabetical order):

किशोरदा, you will live forever in our memory & hearts!!

Not a single song was sung for Shammi Kapoor by Kishore. In the film’Jaan Anjane ‘ the song with the same name was in the background!

Kishore has not sung a single classical raga based song ( except a parody in Naughty Boy).
Nitin

He has sung quiet a few based on Raaga. Mere Naina Sawan bhadon is based on Shivranjani raag

Hence, even with all the hype surrounding KK, Rafi and Manna Dey were much better singers than him. However as an all rounder… singer, lyricist, music director, director, producer and above all an actor… KK has no comparison. He is like a decathalon athlete!
Nitin

Dear Yash
This is something research on Kishorda. Article is taking us back in that era. Good one.

I found only one Marathi song by Kishore-da. Which one did you find?