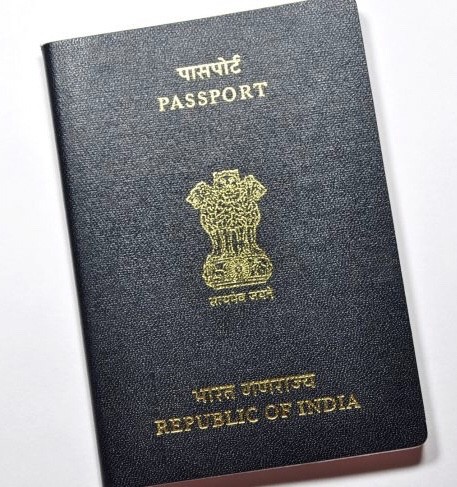 I was travelling to Copenhagen from New York on 26th June 1996 and had a few hours halt at London Heathrow for a onward flight. I was with our marketing consultant, Ashok. Before finally going for boarding of the Copenhagen flight, I decided to go the the rest room. Hence I asked Ashok to hold my travel wallet which contained passport, boarding pass and traveller’s cheques till the time I came back. Ashok had bought laptop bag in US though he didn’t have a laptop. He kept my travel pouch with his own passport & boarding pass in the front flap of the bag.

I must have been back within 5-7 minutes. I saw Ashok completed turned white in the face & seemed lost. I asked, what happened? He said his bag is gone. What had happened was, as he was standing with hand bags & laptop bag on the trolley, someone tapped him on the shoulder and said your money pointing to few notes wrapped in rubber band on the floor. Ashok looked down and the looked up to tell that person that it’s not his money. But in that split second, either the same person or his accomplice just picked-up his laptop bag and vanished.

We rushed to the police who asked us to first check all the toilet blocks as many a times people dump the bag after taking the money. We ran to all toilet blocks but nothing was found. Hence we officially lodged a police complaint. Inspector Woods, the beautiful police officer at Heathrow told Ashok, “You must strap it on your chest.” We then called Amex to report loss of travelers cheques. Then we went to check-in counter to cancel our flight and retrieved our luggage back. Now the question was where do we go? There were no mobiles with us. Luckily I had my digital diary in the hand bag and luckily I had saved the telephone number of my friend, Chinmay, who used to stay in London. Fortunately, he was in town. He said just don’t worry; take a taxi and come home. In all this tamasha, I forgot my digital diary at the phone booth. We reached his house late afternoon. Naturally we asked him to pay for the taxi. Chinmay said, now nothing can be done today so just relax. There was semi final clash for Euro 96 on TV. I agreed with him and decided to enjoy the match with a glass in a hand. But Ashok was completely shattered; he didn’t drink or eat and excused himself to the bedroom. However Chinmay & myself thoroughly enjoyed the match though Chinmay was unhappy as England lost. (which is not something new for England Football Team)

Next day morning me & Ashok left Chinmay’s house to go to Indian Embassy. Unfortunately there was a strike of some section of London tube railway on that day. Hence we travelled some distance by train, some walking, then bus and finally taxi to the embassy. After going in we realised that minimum time required for new passport was 3 weeks. We explained the situation to someone and insisted on seeing the person in-charge, Mr. Kumar. We told him, sir, we want to go back India. Give us any document which helps us to travel back. Though he was very courteous, he was naturally reluctant to do something for us out of turn. After a while we felt that he may come around in the end. At that moment his phone rang; he spoke to someone and he was asking what are the names etc. After putting the phone down, he had a hearty laugh and told us to go Marks & Spencer stores some distance away as our bag along with our passports was dumped there. We didn’t knew what hit us; thanked Mr. Kumar and just ran. We went to the stores and collected our bag. Everything was intact; the travelers cheques were taken away. Some minor cash was missing but which was insignificant.

We then went to Amex and got all our traveler cheques back. But then I was made to talk the same lady on the phone and she insisted on knowing how am I producing original passport when I had complained that they were stolen? I had to then tell her the entire M & S story. Final halt was British Airways office for amending our ticket. And we managed to fly back on 9th June night to Mumbai (Bombay then).

Now looking back it sends shivers down my spine that we were in foreign country without valid passport and absolutely zero money for nearly one day. If I didn’t had any friend in London and who happened to be actually there, what we would have done? We had no cash, we had no credit cards then. Couldn’t have called home as they might panic. Further if Mr. Kumar was not of accommodating type and our passports were not dumped somewhere, how we would have managed to stay in London? We simply got lucky but may be someone will not as lucky as we were. It was really a horrific experience.

Funnily enough, about 2 months later, I received a call from some unknown person saying that he had purchased my digital diary from a auction at Heathrow airport but realised it was mine and wanted to return the same to me provided I am ready to pay the price at which he bought it. The data was valuable to me and hence I agreed.

At the end of the day, we didn’t lose anything except for some minor cash. But even now I tremble when I remember the days of 26th & 27th June 1996. But since that day I have followed the advice given by Inspector Woods to a T.

One of my college friend who lives in Chicago had similar experience. He is on H1B and was going to Niagara falls by car with his family. Since he was visiting the US side, never carried his passport. The road to Niagara goes along the US / Canada border. He lost his way and entered Canada and didn’t realize and when he did it was too late. He spent around 3-4 hours at the Border convincing the US Immigration officer. Fortunately this happened quite a few years back when things were not as crazy as they are now. He was eventually let in. A recent incident happened with a French lady who was jogging on a beach in Washington State. She accidentally crossed the border into US from Canada and was detained by the police for almost 2 days.