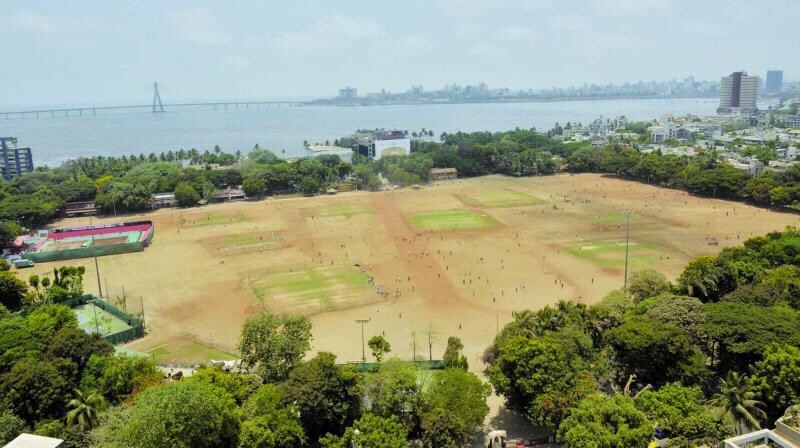 Born and grew up in this locality, I am a natural born and, by choice permanent citizen of Shivaji Park. As far as I remember, this has been primarily a middle class neighbourhood. There were no fancy restaurants, five star hotels, pubs, multiplexes then and even today..

What I am going to try is to share my personal experiences as small snippets. Perhaps the current generation will not be able to connect with these experiences but they might get a peek into what was life all about in these surroundings starting about 50 years ago.. Though I would have been a little more comfortable sharing them in Marathi, I turned to English so that I can share them with a larger audience..

Now if I try to remember the landmarks in the locality, I must say they were very few and far between.. Shivaji Park alongwith the gymkhana was famous as it was considered to be the home of Mumbai cricket or should I say Indian cricket, with the kind of influence Mumbai had on the Indian Cricket team. Just to mention in passing, in a test played way back in 1972-73, the playing eleven of Indian team had 7-8 Mumbai players .. Cricket used to run in the veins of all..

Shivaji Park is green lifeline of this locality. From the time I remember, for last 50 years, whether it is early morning, morning, afternoon, evening or night, you will find many people walking or jogging here. In addition there are many groups of senior citizens, young teenagers along with friends and couples occupying the katta, keeping some distance between each other. One can safely say that this park never sleeps..

Then there is my alma mater Balmohan Vidyamandir, a Marathi medium school founded by legendary Late Dadasaheb Rege. I consider myself fortunate to have spent nearly 12-13 years golden years of my life in this school. It had such great reputation that many non Maharashtrians from our building also preferred it over any other school, vernacular or convent..

At the junction of Veer Savarkar Marg (Cadel Road) and Kataria Marg where Asavari building stands now, there stood a huge bungalow owned by Mr. Natu, a successful businessman. It was really a magnificent house with an outhouse, servant quarters et al.

There were several buildings built circa 1940 like Lokmanya Nagar, Ultra Society, Rambaug, Goodwill Assurance and more. There were also the usual landmarks like movie theatres and Irani cafes about which I will talk later..

And of course there was Hinduja Hospital, then called National Hospital. It was hardly known to anyone outside the locality and while coming from other parts of town, it used to be arduous task convincing the cab drivers who would ask numerous questions to figure out  the exact location. One couldn’t blame them as it was a really small hospital with just one small old building.. The hospital got its moment of fame with a sad event when the playback maestro, Mohd Rafi got admitted in the hospital and unfortunately passed away on 31st July 1980. I am sure that never before it was mentioned so prominently in all newspapers..

In the next snippet I will talk about how we used to enjoy small pleasures of life during our school days..

Any article about Shivaji Park and the surrounding localities makes nostalgic reading. You have successfully captured the essence of Shivaji Park. I am hooked to it right from the first article. Keep it up.