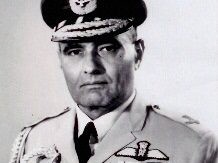 Moolgavkar was forever concerned with the lack of defence consciousness in India’s top leadership. He regaled us with this story of Jawaharlal Nehru and his naivete.

After Independence, he was the operational commander of the air operations in Kashmir. It was the air action in strafing and bombing the vehicles of raiders between Baramulla and Srinagar in October 1947 that really saved Srinagar and the Kashmir valley from falling to Pakistan. The use of air power had a demoralising effect on the raiders since they had no air support of their own and no anti-aircraft guns. By all reckoning, the attack and the capture of the Zozila pass on November 1, 1948 was a turning point in the battle for Ladakh. But for this success, Ladakh would have been lost to Pakistan. Close air support under (then Wing Commander) Moolgavkar played a very crucial role in the eventual success.

During the course of this conflict, Prime Minister, Nehru happened to visit Kashmir. Moolgavkar briefed him about the air offensive India was adopting. Nehru asked him what kind of bombs we are dropping and natural answer was one’s with maximums poundage to cause extensive damage. Nehru retorted, no no, you must drop minimum poundage bombs.

Moolgavkar was aghast but still managed courage and said, Prime Minister sir, we are in the state of war and all efforts must be made to strike hard. This is not some civil conflict. But Nehru was unconvinced.

Then in the early 1960’s Moolgavkar was India’s defence attache in London. At that time our government was keen to purchase modern guided missiles for the air force. While Nehru was visiting the UK, Moolgavkar arranged with the firm concerned to display a short demonstration film for the prime minister. Electronic display systems were not invented at that time and a projector was set up at the Indian high commission. A senior director of the firm made it a point to be present out of respect for the prime minister. The brief film was a very realistic and ended with a loud bang as a missile shot down an ‘enemy’ plane in a cloud of flame. Nehru got up in a rage, and shouted, ‘Very violent!! I will have nothing to do with these sort of weapons,‘ and stormed out of the room and Vijayalaxmi Pandit ran behind him muttering पंडितजी नाराज हो गये. They were followed by his daughter Indira. The director of the firm didn’t knew what hit him.

However a few minutes later, Indira returned to the room, apologised for what had happened and thanked the director for the trouble he had taken to arrange the display. She also told Moolgavkar that she would try and convince her father.

Another incidence happened immediately after he took over as ACM. A file was put up on his table for sanctioning buying of aircrafts from then USSR. Moolgavkar realised that normal protocol of sending inspection team etc had not been followed and he refused to sign. The defence minister of that time, Mr. Bansi Lal, called him up and said, मार्शल साब , आपको क्या तकलिफ है? सब तय हो गया है, आप सिर्फ साईन कर दो. Moolgavkar refused to budge from his stand. Next day Mr. R.K. Dhawan called and asked him to sign the file. He kept refusing. Hence Dhawan said, then you will have to meet madam. The appointment was decided for next day morning at 8.30 am. During meeting with PM Indira Gandhi, she asked, Marshal, what is the problem? Moolgavkar replied, madam, we are a sovereign nation and not a client state of USSR. We must inspect the aircrafts before the actual purchase. PM closed eyes for few seconds and then said, Marshal, stick to your gun, don’t sign. Finally an inspection team was sent before the supply.

His tenure as air force chief coincided with the Emergency. Post the Emergency, he was one of the courageous few who testified before the Shah Commission giving details of how Sanjay Gandhi interfered in aircraft procurement. No wonder he was disliked by the ‘dynasty’ and his immense talents were never utilised post retirement.

Moolgavkar was an avid flyer and continued to fly even as an air marshal. In his long career, he flew almost 67 types of aircraft and he was very proud about this fact. His daughter, Jyoti Rai, forced him to narrate his experiences and she published a biography of her father – Leading from the Cockpit: A Fighter Pilot’s Story. The 220 page book contains 200 rare pictures from Moolgavkar’s album and gives us a glimpse into India’s Air Force History. It also carries excerpts from Moolgavkar’s flying log books.

He remained active almost right till the end. I was privileged to have met him several times and been given the pleasure of his acute intellect and insights. My tributes to a born warrior and excellent human being. 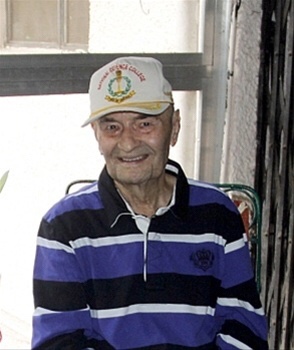