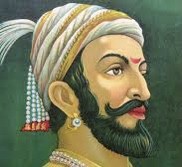 I am neither a historian nor an authority to write anything about Chhatrapati Shivaji Maharaj. Hence you might wonder what I might add to the huge amount of literature written about him by so many people. What I really intend to impress upon you are some key aspects of Shivaji Maharaj which makes him stand out as an outstanding leader of virtue. I also wish to draw attention to the way his legacy was carried forward by the future generations which made a far reaching impact on the history of India in the 17th century. This is my feeble attempt to portray his greatness.

I happen to read an article by Dr. M.C. Nanjunda Rao published in Vedant Kesari magazine in November 1914. This article elaborated upon dialogue between Dr. Rao and Swami Vivekanand about Shivaji Maharaj. Dr. Rao attended a discourse by Swamiji and where he was saying:-

”Shivaji was the greatest Hindu king that India had produced within the last thousand years; one who was the very incarnation of lord Siva, about whom prophecies were given out long before he was born; and his advent was eagerly expected by all the great souls and saints of Maharashtra as the deliverer of the Hindus from the hands of the Mlecchas, and as one who succeeded in the reestablishment of Dharma which had been trampled underfoot by the depredations of the devastating hordes of the Moghals” – Swami Vivekananda

Swamiji went on to say further:-

(As forest-fire is to the forest trees, a leopard to the deer-herds and a lion to the stately elephants; as the sun is to the darkness of the night, as Krishna was to Kansa, so was king Sivaji, a lion, towards the hordes of Mlechchas.)

Dr. Rao was completely taken aback with surprise and posed a question to Swamiji that school children (during those times) in India learn a very specific blend of Indian history. This school version of history is stripped of all the vigor and pride. It is taught that Sivaji was a cunning unprincipled freebooter, ‘an upstart robber,’ a marauder and a treacherous murderer. He was a mere child of fortune, who collected similar men like himself and succeeded in establishing a kingdom by sheer cunning and treachery? Then whether such praise is deserved by Shivaji? And why do people outside Maharashtra have only a vague idea about him?

Swami Vivekanand: Though the story of Indian civilization spans thousands of years, we are taught Indian History written by foreigners. The foreign writers of the Maratha History can never shake off their bias nor understand the real character and greatness and the inner motive of the actions of Sivaji. We cannot blame them for their beliefs which more or less depended on the writings of the Muslim chroniclers who out of spite and hatred, denounced Sivaji as a pirate. However there are many Maratha bakhars (बखर) or chroniclers who have written about him but who, true to their ancient puranic ideal, looked upon Sivaji as an incarnation of God born to relieve His devotees from the oppressions of Muslim fanaticism and to re-establish the Dharma. Naturally the foreign writers leaned on the side of the Muslim chroniclers and considered the account given by the Marathas as mere superstition. But fortunately there are many independent Persian manuscripts dealing with the history of Aurangzeb, Sivaji and the Bijapur kings. They corroborate the account of the Mahratta chroniclers. However for the most part the school book version dwells on the freedom struggle against British. If young men who have any patriotic feeling towards the history of their motherland were to make researches in finding out and translating these manuscripts, much truer light may be thrown on the greatness of Sivaji who helped in the formation of the great Maratha Confederacy and it will be a valuable addition to our knowledge of the real History of India.”

Link of the article from which the above portion has been taken:-

After reading this, I felt whether we Maharashtrians have made a mistake by thinking about Shivaji Maharaj as a reincarnation of God? Because this tends to absolve us of following his footsteps as we feel it is unattainable. Have we even tried to analyse the aspects of Shivaji Maharaj which makes him such a tall personality?

Hence I decided to write in order to give a glimpse of such a towering persona to my next generation. But soon I realised that it is impossible to put everything together in one article. I would present two articles in the coming weeks which would give me satisfaction for having at least tried.