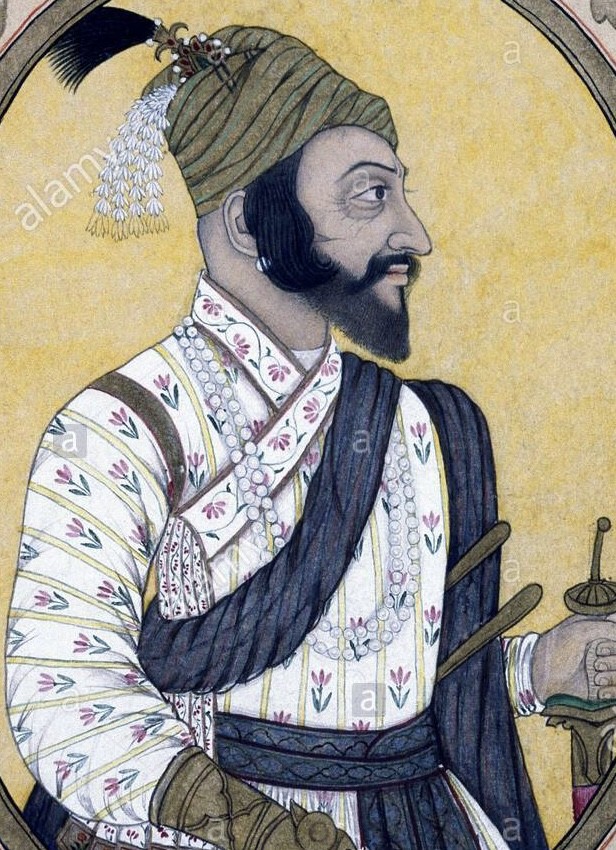 For centuries , the mountains and valleys, towns and villages of Deccan (दख्खन) had gotten used to being a pawn in the game of power. They changed hands as kingdoms warred with each other. They paid taxes to whoever was in a position to extract them. For the most part they remained in a sleepy slumber, just turning and twisting in their bed.

No one dared to challenge the Muslim ruler as any rebellion would entail the wrath of the Sultan resulting into inhuman punishments like trampling under the feet of elephants, getting tied to the horses legs, getting your eyes gouged out, looting of property, entire family being burned down. Hence it was considered to be wise to surrender rather than suffer such punishments. Once in a while they had to send their sons to fight in battles without ever asking why exactly the war is being launched. Other times they fought amongst themselves. They were divided, confused and did not have high hopes about their future. This was the condition of Deccan when Shivaji launched his first expedition to fort Torana in 1645.

By the time of his death mere 35 years later, he had transformed Deccan from a sleepy terrain to a thundering volcano.

Finally, here was a man whose vision of the future was shared by a large general audience. An unmistakable characteristic of a modern concept of “nation-state”. Perhaps the most important factor that distinguishes Shivaji’s vision is that it was “unifying”.

His vision went beyond building an army of proud warriors from warrior castes. It included people from all rungs of society sharing a common political idea and ready to defend it at any cost. He created men of his equivalent caliber from the ordinary people. The warriors like Tanaji Malusare, Yesaji Kank, Netaji Palkar, Bajiprabhu Deshpande, Murarbaji Deshpande, all came from a very humble background. And as we know, this is the quality of a great leader even today.

It must be noted that no one ever told Shivaji to establish Swarajya. What is very apparent is that he was extremely upset with the injustice meted out to the people by the Muslim rulers. His mother, Jijamata, had imbibed a confidence in him that he must fight this tyranny. It daunted on him that if he had to eradicate this completely, then he would have to become the king. The greatness of Shivaji lies in the fact that this realisation struck him when he was only 14-15 years old (today’s 9th standard boy). He died in 1680 when he was only 50 years old.

He never said that it is MY kingdom but always maintained that he is only doing duties to fulfil the blessings of Him. Many times, people only say such lofty things but their behaviour is quite contrary. Shivaji, however, ensured that justice was given quickly and culprits were punished without exception. He encouraged farming & industry and the tax system was not burdensome for people at large. He not only made the war strategy but always led from the front.

His vision went far beyond creating an empire for himself in Maharashtra. It included a building confederacy of states against what he thought were foreign invaders. One of his famous statement, while addressing his troops is – “सिंधू नदीच्या उगमापासून कावेरी नदीच्या पैलतीरापावेतो अवघा मुलुख आपला आणि तो मुक्त करावा असा मानस आहे.” (from the origin or source of Sindhu river till the farther banks of river Kaveri is our land and we must liberate it.) What a vision !!

He was trying to build an Alliance of Hindu kingdoms. He went out of his way to convince Mirza Raje Jaisingh to leave Aurangzeb. He established relations with the dethroned royal family of Vijaynagar for whom he had tremendous respect. He attempted to unify the sparring Hindu power centers. And they responded. Rajputs in Rajasthan, Nayaks in Karnataka, rulers of Mysore, the royal family of Vijaynagar were of valuable help to Shivaji and later to Marathas. Soldiers in the Maratha army came from diverse social and geographical backgrounds including from areas as far away as Kandahar to West and Bengal to East. Shivaji received a lot of support from various rulers and common people from all over India. It was certainly a step towards a nation getting its soul back.

The best example for this is Raja Chhatrasal of Bundelkhand. He was highly impressed with Shivaji and came to him to work under his guidance but Shivaji Maharaj encouraged him to establish his own kingdom. 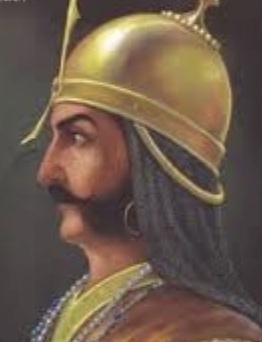 However, while he was creating a political voice for Hindus, Muslims never faced persecution in his rule. Several Muslims served at high posts in his court and army. His personal bodyguard on his Agra visit was Muslim. His Naval officer, Siddi Hilal was Muslim. Thus Shivaji’s rule was not meant to challenge Islam as a personal religion, but it was a response to Political Islam.

Last but not the least, we must give due respect to one more thing. The seeds of every political revolution can be traced back to a spiritual one and this was no exception. The “Bhakti” movement in Maharashtra that began with 12th Century Sant Dnyaneshwar and spearheaded by Sant Tukaram (who was contemporary of Shivaji), played a role of social catalyst of immense effect. It created a forum, a pool in society where everyone was welcome.

It’s very tempting for a Maharashtrian to claim the root of success of Marathas solely in Maharashtra. But at the height of its peak, only 20% of Shivaji’s kingdom was part of Maharashtra. When Marathas, under Peshwas, launched northern campaigns in the 18th century, it was even less.

Shivaji Maharaj was always conscious of the probable enemy strategy in the future and took steps in advance to mitigate such dangers. Shivaji’s tireless work for most of his life had shown fruits by the last quarter of the seventeenth century. He had firmly established Marathas as power in Deccan. He built hundreds of forts in Konkan and Sahyadris and thus created a defense backbone. He also established a strong naval presence and controlled most of the Western ports barring few at the end of Indian peninsula. Thus tightening the grip on trade routes of Deccan Sultanates, British, Portuguese and Siddhi traders by strangling their weapons import from Europe and import of horses from Arabia. These Sultanates launched several campaigns against Shivaji, but failed to stop him.

Shivaji Maharaj was far more an Indian king than a Maratha king. He is a perfect embodiment of an ideal king.

States fall, empires break, dynasties become extinct but the memory of true hero, like King Shivaji, has remained as an imperishable historical legacy for the entire human race; the pillar of the people’s faith; centre of the world’s desire.

His rule was for only 25-30 years but his legacy lasted for the next 100-120 years. There is a diametrically opposite example of Maharaja Ranjit Singh (Sher-E-Punjab). 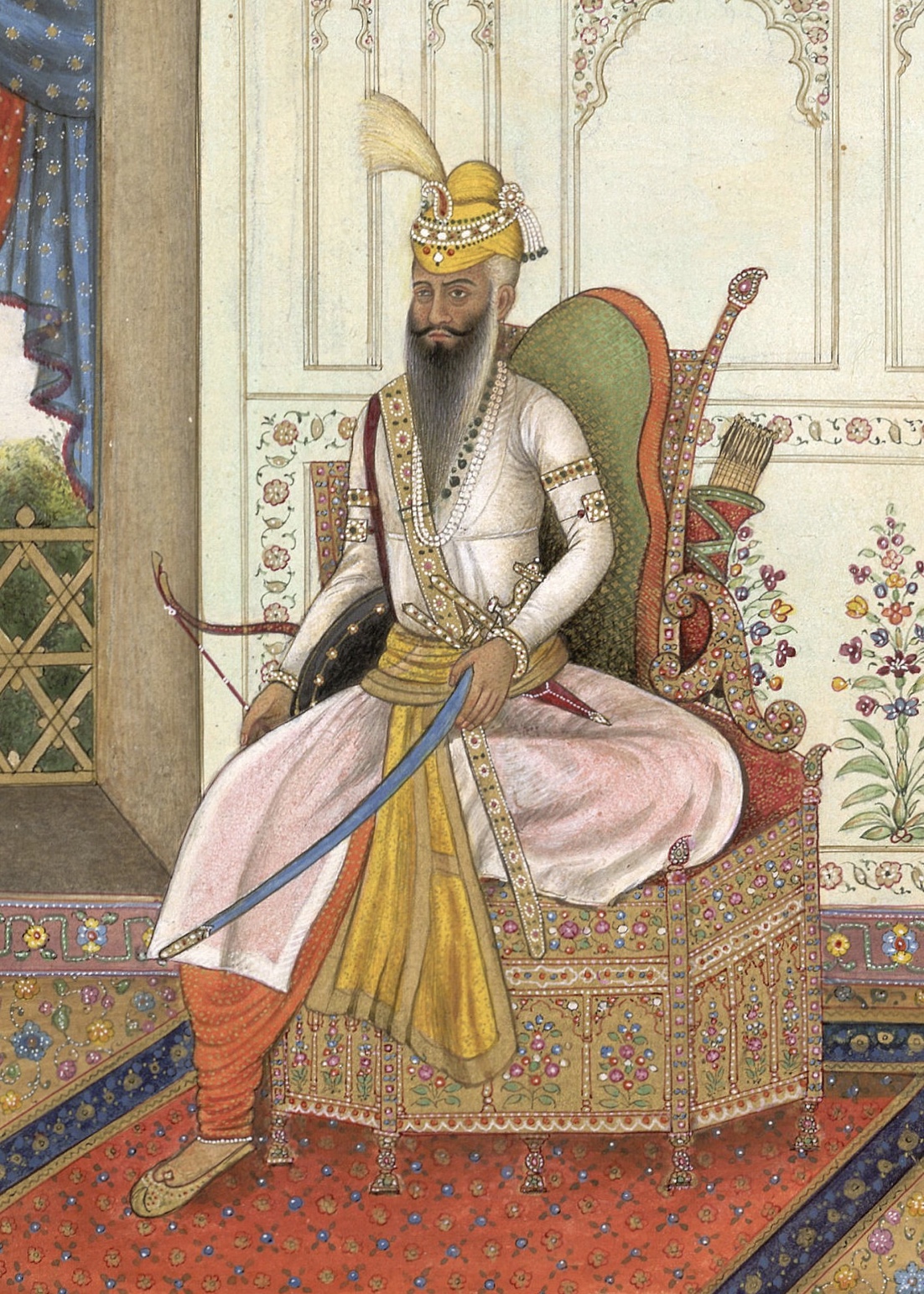 He was an extraordinary general and established his kingdom in 1801 when he was only 21 years old. His Sikh Empire stretched from Lahore to Kabul and he ruled till his death in 1839. However upon his death, anarchy and infighting led to its demise in next 10 years.

The self belief instilled by Shivaji Maharaj was so intense that his people at large were overwhelmingly ready to lay their lives to protect the “Hindavi Swarajya“. The future generations of Shivaji Maharaj waged an epic war that significantly altered the face of Indian Subcontinent.

Today’s generation must make an effort to understand the importance of Shivaji Maharaj in the annals of Indian History.

That would be the True Tribute to the Greatest Hindu King of India.

(I have extremely high regards for Chhatrapati Shivaji Maharaj. However during the flow of writing, if he has been mentioned singularly by his name, no disrespect is meant.)